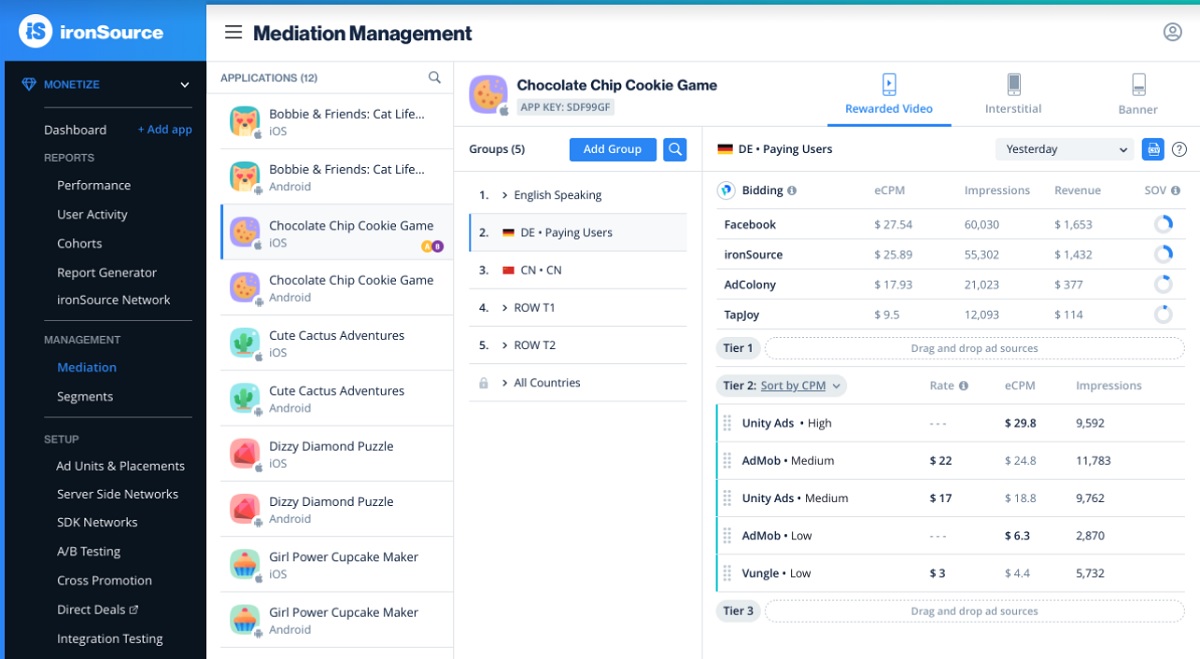 Launched a year ago, LevelPlay is an in-app bidding tool that is now automatically enabled and available for any developer, giving them instant access to all bidding networks. Only the biggest publishers previously had access to LevelPlay as the company refined the technology for automating monetization.

In-app bidding flattens the traditional ad waterfall, allowing every demand source to bid for an available impression simultaneously, in real time. This shift speeds things up and increases competition for available ad impressions, which can in turn lead to an increase in revenue.

It means that at the very last second, LevelPlay can insert an ad that might generate more money than another ad would have. LevelPlay helps create more competition among advertisers looking to insert ads into developers’ apps and games. But it also runs the risk of slowing the app or game down, so it has to be handled just right.

“We’ve been working very hard with publishers to promote this agenda for all the industry to take the next step,” said IronSource VP of product Nimrod Zuta in an interview with GamesBeat. “And we believe we’ve made it. The result should be better monetization for app and game companies.”

The mobile advertising industry is facing a lot of uncertainty now that Apple has decided to make targeting individual users harder in the name of protecting user privacy. In a few months, Apple is effectively retiring the Identifier for Advertisers (IDFA). This will make it tougher for companies to decide whether to bid to get a particular ad in front of a particular user. But companies will still be able to determine whether an advertiser should bid on a user based on where that person is, the time of day they are active, and other tidbits of information that will still be available, Zuta said. 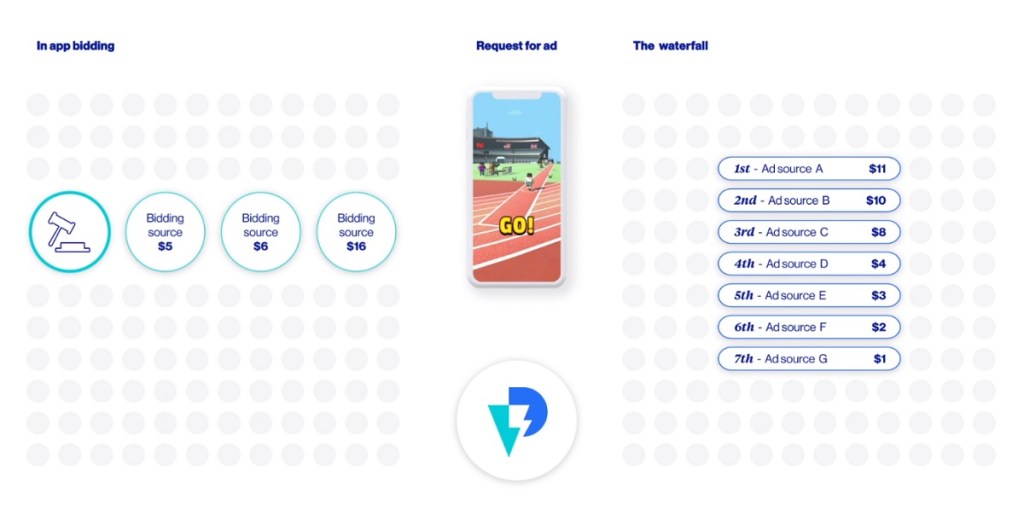 “This is independent of IDFA, and we believe bidding is a very good option for developers,” Zuta said. “We expect there will be fluctuations in the market, so it will be hard to optimize your setup. At least on the bidding side, you know that things are democratized and we are adding value.”

Now that the tech has been thoroughly tested, IronSource is ready to open it up to more game and app developers. In addition, the company announced that Facebook Audience Network is now in open beta, allowing any developer using the IronSource mediation platform to access one of the industry’s largest bidders and utilize this demand source without preapproval. Zuta said all developers will now get equal access to the in-app bidding technology, along with access to premium demand sources like Facebook Audience Network.

“What’s exciting here is the access to Facebook Audience Network bidding for any publisher without any manual approval,” Zuta said. “This is being offered in a more democratized and competitive way.”

The upgrades to LevelPlay allow any developer to download the SDK and have bidding up and running instantly for major ad units, such as rewarded video and interstitials. All bidding networks on the LevelPlay platform come with it, including Facebook Audience Network, meaning any developer can include the demand source in just a few clicks.

Zuta said in-app bidding is fast becoming the industry standard for monetization. Today, 50% of the company’s mediation impressions are running through an in-app bidding environment. This is expected to grow further with increased access to in-app bidding.

“We are at the point where we are confident that any publisher out there will see success with bidding,” Zuta said.