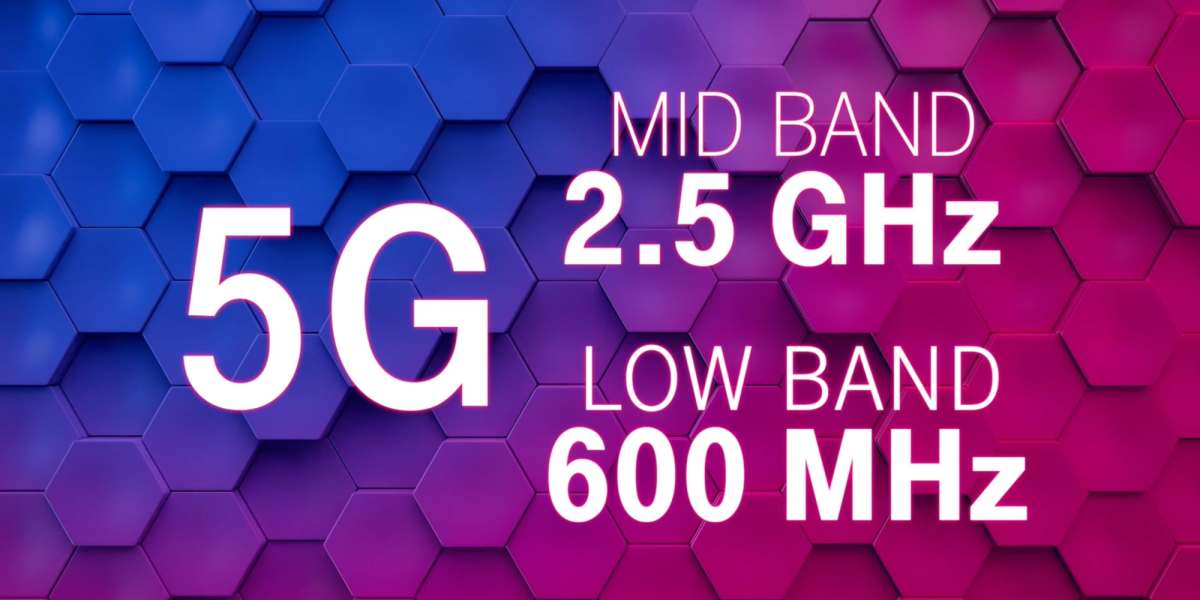 In prior cellular generations, downloads and uploads generally shared a single radio frequency, equivalent to wired phone calls that put talking and listening through the same cable. Using carrier aggregation, T-Mobile is enabling a single phone to have separate inbound and outbound radio connections, spanning two radio frequencies that have been synchronized to seamlessly provide service together. This will let T-Mobile’s mid band towers handle outbound traffic at their best speed while slower but longer-reaching 600MHz low band towers take care of uploads, which don’t typically need to be as fast as downloads.

T-Mobile’s announcement has broader importance for businesses and end users, particularly in the United States, as it offers a clear path to widespread adoption of 5G cellular technology. Rival carriers Verizon and AT&T initially launched 5G exclusively using high band millimeter wave hardware that was extremely fast but barely covered individual city blocks, precluding large-scale rollouts. T-Mobile initially responded with a nationwide low band 600MHz 5G network that was roughly as slow as 4G in some places but faster in others. The carrier then augmented its service in some locations with a 2.5GHz mid band layer capable of much greater speeds. Combining those two layers in this fashion gives the carrier — and its rivals — a roadmap for effectively using existing “sub-6GHz” radio spectrum to deliver 5G service across a large country.

Using mid band spectrum solely for downloads frees up some of the 2.5GHz spectrum that would have been used for uploads, enabling T-Mobile to initially deliver an average of 20% faster 5G downloads than before, with the promise of continued improvements. On the other hand, uploads have barely improved at all in early 5G rollouts. They won’t see a huge jump here but should start benefitting from guaranteed nationwide service — a problem with prior 5G networks, where Speedtest results suggested 5G sometimes failed to deliver any upload capacity at all.

Interestingly, the hardware T-Mobile initially used to demonstrate the 5G CA (carrier aggregation) feat was the U.S. version of LG’s Velvet 5G phone, which uses MediaTek’s Dimensity 1000C chipset, communicating with Ericsson’s 5G network hardware. While rival chipmaker Qualcomm is also shipping 5G chips with low and mid band carrier aggregation abilities, the San Diego-based company has heavily promoted high band 5G as an all-in-one solution for “true 5G,” on the assumption that carriers would roll out millimeter wave “small cells” as widely as necessary to guarantee 5G service. It’s highly likely T-Mobile and other carriers will be able to deliver carrier-aggregated 5G service across multiple chipsets and 5G network towers, but today’s announcement suggests T-Mobile is just at the start of that process.