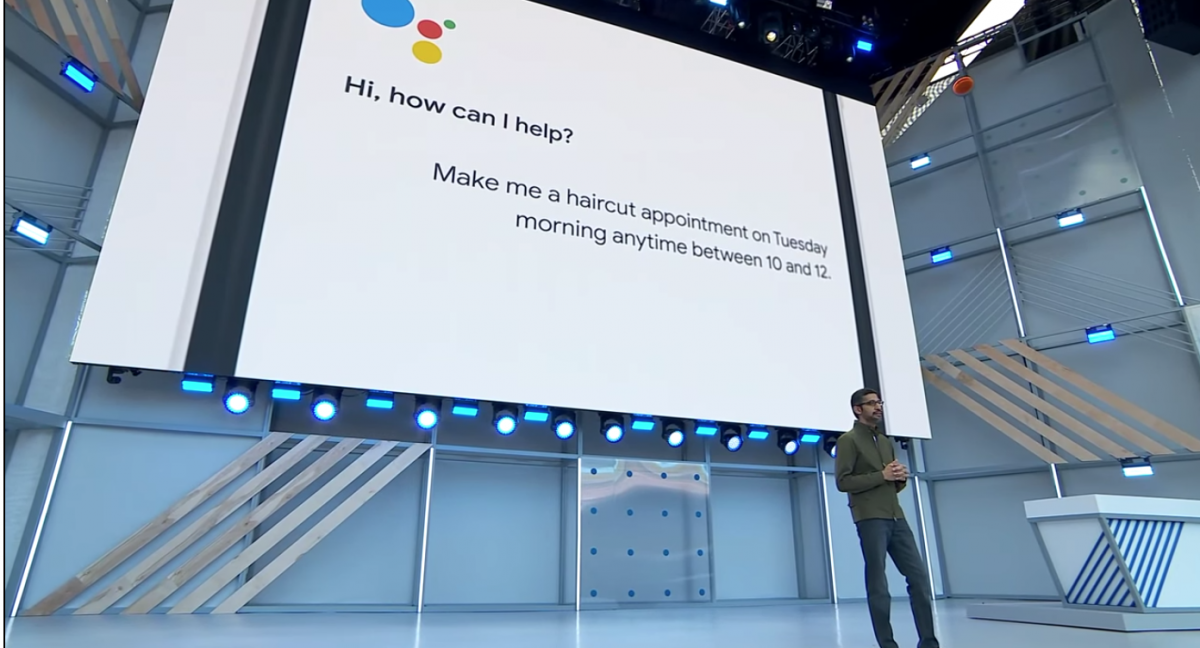 Nearly two years after first demonstrating it onstage at Google I/O 2018, Google has quietly rolled out haircut appointment booking for Google Duplex, its AI chat agent. Now, VentureBeat has discovered that users with supported devices can have Google Assistant call barbershops, hairstylists, and salons to reserve appointments on their behalf without having to place calls themselves.

Booking a haircut was the use case Google chose to spotlight when it unveiled Duplex to the world in May 2018. Evidently, it proved to be a technological challenge; post-reveal, Google seemingly shelved haircut appointment booking in favor of restaurant reservations, which launched in November 2018 for owners of Pixel-branded devices. In light of the pandemic, the focus of Duplex’s development has pivoted from bookings to store hours and inventory check-ins, as well as expansion beyond the U.S. to the U.K., Australia, Canada, Mexico, New Zealand, and Spain in languages including Spanish.

Haircut appointment booking could foretell new applications of Duplex, although it’s unclear the extent to which development challenges factored into the feature’s delay. (Just this past month, Google detailed Hold for Me, a Duplex-powered service soon available on Pixel devices that will wait on hold when a user calls a retailer, utility, or other toll-free support numbers.) Google’s initial pitch for Duplex was that it could funnel customers who normally wouldn’t schedule an appointment over the phone to places they wouldn’t have found otherwise, a digital divide that’s become more acute as businesses make do with reduced staff and bookings during the pandemic.

We’ve reached out to Google for additional details and will update this article once we hear back.

The new Duplex haircut appointment feature, which can be used from any device with the Google Assistant app or access to Google Search or Maps, is largely similar to the existing restaurant booking flow. After tapping on the Request an Appointment button from Search or Maps, users have the option of three treatments: a men’s haircut, a women’s haircut, or a general haircut. After selecting one and entering a preferred appointment date, time, and time range (e.g., 12 p.m. to 4 p.m.), users have to indicate whether they’ve been to the business before and optionally enter the name of a stylist, as well as provide contact information like a name, phone number, and email address.

Duplex then calls the business and has an exchange with the receptionist on the other end of the line. Using natural language processing, the assistant provides information like treatment, dates, times, and names without interrupting and while contending with delays, a range of accents, and unanticipated questions.

Duplex makes it clear the call is automated at the beginning of the exchange, and it doesn’t call late at night or early in the morning. In all countries, Duplex informs the person on the other end that they’re being recorded. The call is handed off to a human operator on an unrecorded line if business owners respond with “I don’t want to be recorded” or some variation of the phrase. According to Google, those operators also annotate the call transcripts used to train Duplex’s algorithms.

Google received a ton of blowback after its initial Duplex demo in 2018, as many were not amused that Google Assistant mimicked a human so well. Part of the reason Duplex sounds so natural is that it taps Google’s sophisticated WaveNet audio processing neural network and intelligently inserts “speech disfluencies” — the “ums” and “ahs” people make involuntarily in the course of a conversation. In June of that year, in response to criticism, Google promised that Duplex would first introduce itself.