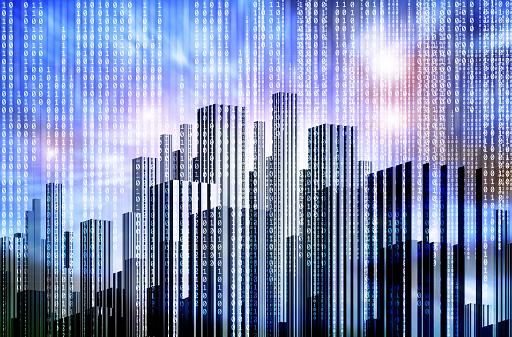 Part of what Microsoft was determined to showcase at its Ignite conference, which kicked off Tuesday, is the extent to which Azure is maturing into an architecture for building scalable, AI-infused apps that also work in hybrid cloud and edge computing scenarios.

Microsoft put out a barrage of AI, data analytics, and DevOps announcements for Azure announcements at Ignite. They include updates to services like Azure Stack HCI, a Windows Server 2019-based cluster that uses “validated” hardware to run virtualized workloads locally.

Taken together, they provide a way of packaging applications or application infrastructure such as SQL Server instances to make them portable between cloud, datacenter, and edge locations, in addition to being manageable within the same framework.

The conference gave Microsoft an opportunity to highlight how beta customers are putting these capabilities to work. Vinh Tran, Head of Cloud Engineering at RBC, Canada’s largest bank, told the audience he’d used Azure Arc to automate and manage on-premises database deployments in Kubernetes containers. By simplifying deployments, whether on-premise or in the cloud, Azure Arc has helped his data team stretch its skill sets and capabilities, he said. “It’s allowed us to focus more on the integration of these products and capabilities into our systems than on building, securing, and managing them ourselves,” he said. “It’s allowed us to reduce our operational overhead managing on-premise databases at scale.”

Another customer Microsoft cited several times is SKF, a Swedish manufacturer of ball bearings and industrial seals with more than 100 factories in 28 countries. By extending cloud services for factory automation to run within their factories, SKF said it saved 40% in hardware costs and 30% in overtime related to machine downtime.

A factory is a good example of the difference between hybrid cloud computing and edge computing. A hybrid architecture might mean running applications or data services in a manufacturer’s datacenter, whereas edge computing would mean putting the technology in the individual factories. Microsoft says it is designing the Azure architecture so that even sophisticated machine learning “inferencing” can happen within an edge location without the need to ship data to the cloud.

This is also the reason Microsoft is making Azure Virtual Desktop deployable on the Azure Stack HCI, so it can be deployed in corporate datacenters or offices “at the edge.”

An architecture for scalable AI

“When I talk to customers about their cloud strategy and adoption, I often hear that they want the new innovation and agility that the cloud enables,” Scott Guthrie, executive VP for cloud and AI at Microsoft, said in a keynote presentation “But they also need to integrate with the existing technology investments within their organizations. They sometimes have dozens, hundreds, or even thousands of servers, applications, and databases that they need to manage across their multiple cloud and on-premises environments,” he said. Moving on-premise resources to the cloud often isn’t practical for regulatory issues or latency reasons, he said.

Healthcare is a good example, where privacy and security might dictate that patient data not leave the hospital, and where data-intensive applications like medical imaging will perform better with data processed locally. A medical technology customer exemplifying this approach is Siemens Healthineers, which is using Azure Arc to deploy and maintain apps across tens of thousands of Edge locations that include clinics, and diagnostics equipment, according to Microsoft.

Building on Kubernetes allows Microsoft to claim portability to any container that adheres to the Cloud Native Computing Foundation standards, in the cloud or otherwise. It’s also enabling technology for multicloud and the ability to migrate between clouds or between cloud and on-premises environments.

However, Guthrie acknowledged that learning the intricacies of Kubernetes can also be “a little daunting” for the uninitiated. Microsoft’s workaround is Azure Container Apps, a simplified packaging of the technology. “Container Apps enables you to easily start building container-based microservices with just your app code, while giving you the flexibility to choose to upgrade to our full Azure Kubernetes Service if and when you’re ready to leverage the full power of Kubernetes.”

Microsoft’s approach is not necessarily unique. Amazon Web Services offers its EKS Anywhere and EKS Connector for Kubernetes, for example. But Microsoft’s on-premise clout is allowing it to claim fans that, in addition to those mentioned above, include the likes of Walmart, Starbucks, HSBC, and the UK’s National Health Service.

Facebook
Twitter
Pinterest
WhatsApp
Previous articleReport: 6% of IT and business leaders say their data management is a ‘dumpster fire’
Next articleThe big performance marketing shakeup of 2021, and the trends for 2022 (VB Live)