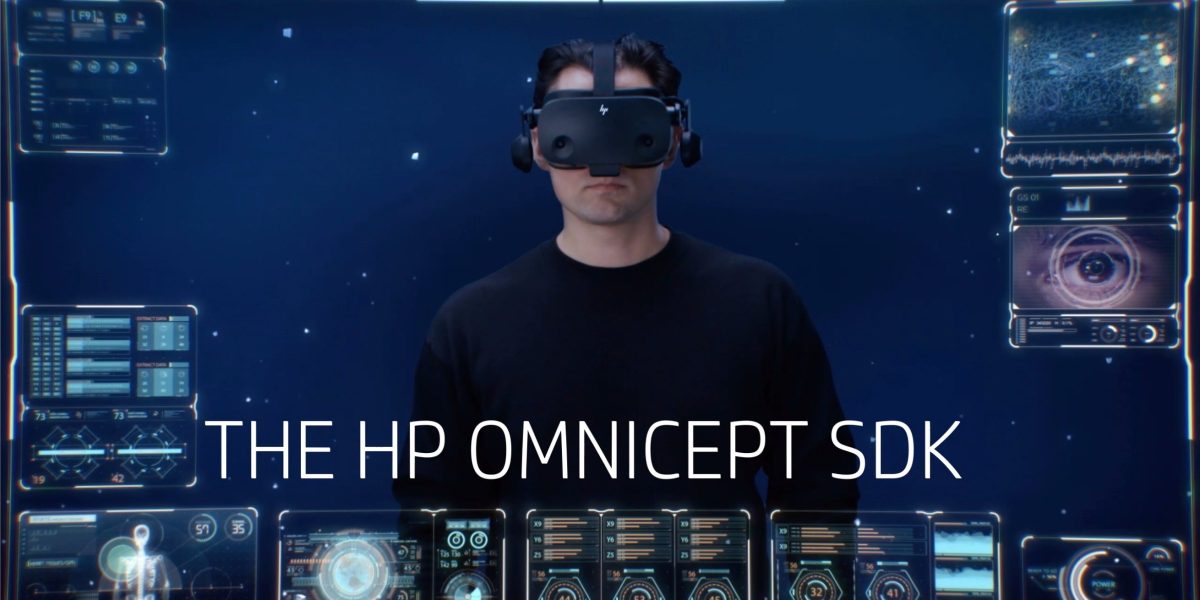 Back in May, HP announced the $600 Reverb G2 VR headset — a collaboration with Microsoft and Valve that appealed to both consumers and enterprises. Now it’s chasing progressive businesses with an upgraded Omnicept Edition of the hardware, adding multiple biometric sensors that will make the already capable Reverb G2 more useful for employee training and data analysis.

Businesses will be able to use the eye and pupil sensors to track user focus, enabling both attention analysis and foveated rendering. In time, HP expects the facial tracking system will enable VR users’ avatars to share live facial expressions during meetings and other social applications, reducing if not eliminating their typical stiffness.

Initially, the idea of tracking a VR user’s heartbeat might seem like either overkill or overreaching on biometric data, but HP’s business training justifications for the heart rate sensor are actually compelling. For instance, developers are already building public speaking educational apps and flight simulators for the Omnicept Edition that will help users manage and eventually reduce their heart rate-measured stresses under situations of cognitive load.

Because the privacy implications of monitoring and gathering this data are so significant, HP says it designed the Omnicept Edition’s firmware to secure data during capture and share it subject to GDPR requirements. Enterprises and partners apparently only get access to the data in de-identified, aggregated, and secured form, and the headset doesn’t store any data itself. It remains to be seen whether these measures will be adequate to protect users, though in enterprise and training contexts biometric data gathering may seem — or actually be — less onerous than in broader consumer applications.

Most of the Omnicept Edition’s specifications and hardware — including 2,160×2,160 eye displays, Valve-designed lenses and speakers, and twin wireless controllers — are virtually identical to the Reverb G2. But the new model includes an improved headband with a ratcheting tightness knob, plus all the new sensors, which together will likely cost a pretty penny. Final pricing has yet to be announced, but just as the Vive Pro Eye added hundreds of dollars to the Vive Pro’s price, customers can expect the Omnicept Edition to sell for a premium.

HP is targeting the Omnicept Edition specifically at enterprises with identified needs for the biometric hardware, rather than individual consumers. There will be an option to buy the headset outright, but average users won’t be able to do anything with the biometric sensors without supporting software. That said, the new model will be SteamVR-compatible and therefore capable of running plenty of software beyond purpose-built training applications.

The standard Reverb G2 will ship to distributors in October and should reach actual customers in early- to mid-November. Reverb G2 Omnicept Edition is planned for release in spring 2021.