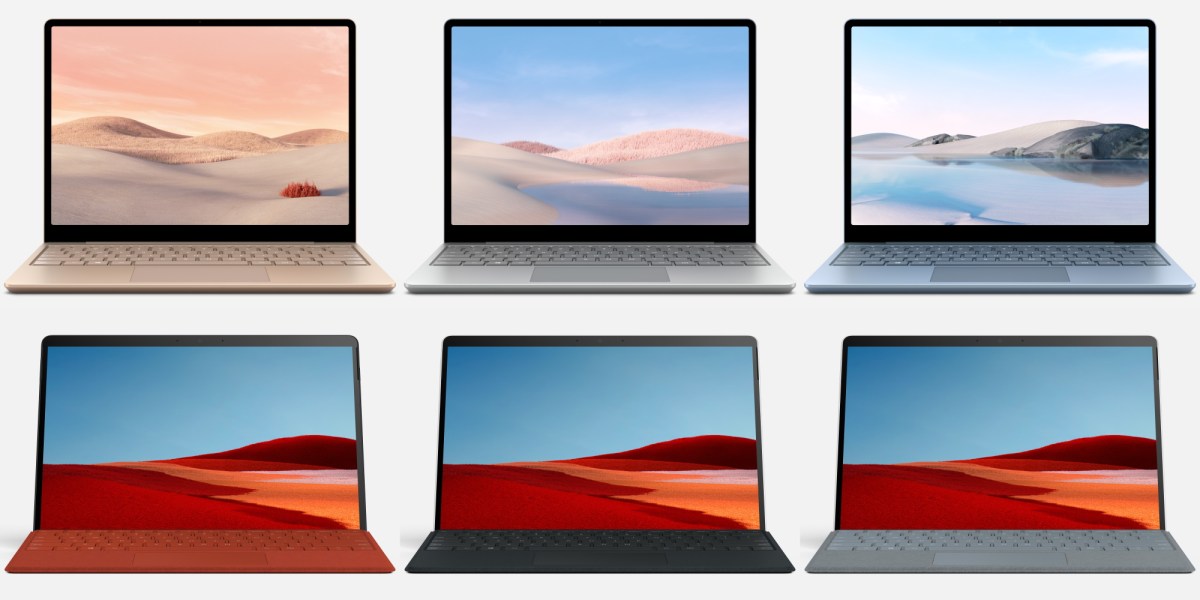 It’s October, which for Microsoft means new Surface devices. Microsoft today unveiled the Surface Laptop Go with a 12.4-inch touchscreen for $550, its cheapest and lightest (2.45lbs) laptop yet. The company also updated the Surface Pro X with SQ2 — Microsoft’s second-generation custom ARM chip co-engineered with Qualcomm — for $1,500. Both are available for preorder today and ship on October 13.

Those are the highlights. But a single sentence in Microsoft’s announcement stood out to us. “What started as a vision for a PC in every single home has now evolved to the need for a PC for every single person,” Panos Panay, head of engineering for all of Microsoft’s devices, said in press briefing. For decades, Bill Gates’ vision was “A computer on every desk, and in every home, running Microsoft software.” That’s why even in 2020, Windows 10 is running on 1 billion devices.

When Satya Nadella was named Microsoft CEO in February 2014, he talked about how Microsoft has to innovate in a mobile-first and cloud-first world because “it’s not about one single device anymore.” His strategy has certainly paid off in terms of Microsoft revenue. Surface contributes to this bottom line as one of Microsoft’s dozen-plus billion-dollar businesses. And now we know why the company keeps releasing so many Surface devices. The goal isn’t just to sell more Surfaces; it’s to push the limit on Windows form factors so there’s a PC for every person.

Surface Laptop Go is powered by Intel’s 10th generation i5 QuadCore processor, up to 16GB RAM and 256GB storage, and up to 13 hours of battery life. Microsoft is also touting a full-size keyboard with 1.3mm key travel and a fingerprint power button for one touch sign-in. Then there’s a 720p HD camera, Studio Mics, Omnisonic Speakers, Dolby Audio, USB A, USB C, audio jack, and the Surface connector.

So who is this device for? Surface VP Pete Kyriacou says, “For families, students, and businesses looking for a new device to add to their households or organizations, Surface Laptop Go offers a premium Surface look and feel at an amazing value.” So, anyone and everyone who might want a cheaper Surface, especially during the pandemic. See Panay’s key sentence above.

When Microsoft unveiled the 13-inch Surface Pro X (configurations range from $1,000 to $1,900) last year, it was confusing for several reasons. First, it debuted alongside the 12.3-inch Surface Pro 7 ($750 to $2,400). Second, it had issues with performance, battery life, and app compatibility.

This was largely because the Surface Pro X was the first Surface with an ARM-based Microsoft system-on-chip. Because the ARM architecture is still uncommon in PCs, only certain apps can run natively on this architecture, and existing x86 apps have to run through a 32-bit emulator. Yesterday Microsoft announced Windows 10 on ARM will also get support for x64 emulation later this year. And of course, more apps are getting recompiled for ARM to avoid having to use emulation.

That’s the software side. On the hardware side, Microsoft has added new configurations (starting at $1,500) featuring its SQ2 next-generation custom processor. All the configurations include Gigabit LTE connectivity (one of the advantages of using ARM) and AI-powered eye gaze tech, now with battery life of up to 15 hours.

The Surface Pro X is better now, Microsoft claims, but who it’s for is still confusing. Kyriacou says, “Surface Pro X users always have a direct connection on demand — even if their kids are on Xbox or their roommate is on a video call.” So, it’s apparently aimed at those considering a Surface Pro 7 who don’t mind trading in performance for the option to use LTE. Again, See Panay’s key sentence above.