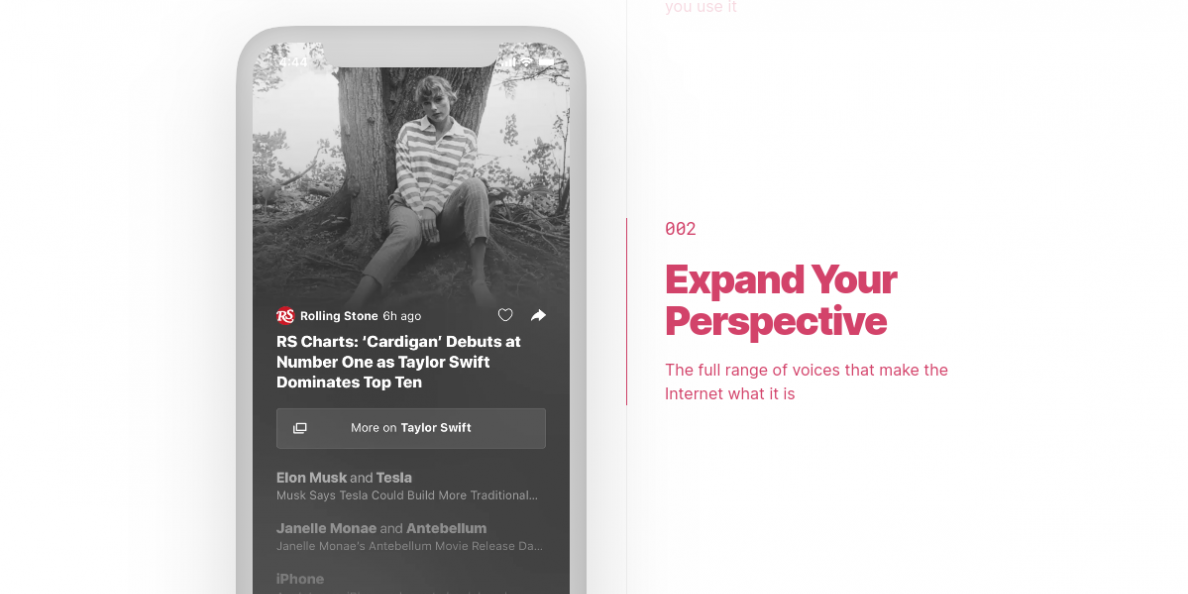 River today launched its eponymous social media app, which is designed to organize conversations into streams of shareable stories. The startup also announced a $10.4 million round it will use to expand its workforce and further product R&D.

Almost half of internet users believe platforms like Facebook and Twitter have influenced political polarization. Over the past two decades, the percentage of Americans consistently holding liberal or conservative beliefs — rather than a mix of the two — has climbed from 10% to over 20%. At the same time, beliefs about opposing ideologies are becoming more negative. Facebook is aware of its role in pushing this split: A 2018 internal report found the company’s recommendation engine stoked divisiveness.

Jeremy Fisher believes a move away from the traditional news feed might be an antidote to toxicity. After founding Wander, the social diary app Yahoo acquired in 2014, Fisher cofounded River in 2018 with a team of engineers and designers previously employed by tech giants like Google, Twitter, Microsoft, Instagram, and Spotify. River aims to aggregate events happening around the world and on the web using AI and machine learning. But it seeks to distinguish itself from other platforms by preserving anonymity and encouraging interactions with “credible sources.” 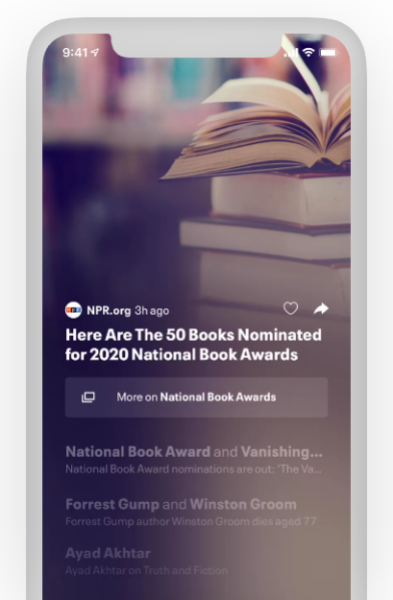 River’s app is now available for iOS, with an Android version on the way. It delivers a customized stream of bite-sized, shareable stories that the company claims improves as it’s used. Sources range from NPR and Twitter to the New York Times and Washington Post, and each can be liked or shared from the app’s primary timeline.

The app provides real-time recommendations based on trending stories, as well as a search tool that surfaces breaking news. River also said it leverages “content understanding” technology to gain insight into content and publishers.

“River … understands what each piece of content is about, who created it, and how it fits into the broader landscape,” a spokesperson told VentureBeat via email. “For example, it can identify every person, value, concept, location, and so on within a given piece of content and learns the relationship between those entities inside and outside of that content … Every video, every article and tweet that River ingests is fed into River’s ‘story maker,’ which identifies the context and the events to which it belongs and pulls it together into ‘stories’ — clusters of articles, posts, videos, and tweets on the same topic.”

River is launching with a complementary app called Overflow, which lets users record and share video reactions to its content across TikTok, Snapchat, Instagram, and more. Overflow automatically combines two screen recordings into one to show what users browse, scroll, highlight, or play, along with their reactions and a browseable feed of recent reactions from strangers, friends, and family.

“In the wake of the COVID-19 pandemic and Black Lives Matter Movement, there was a huge uptick in people sharing resources online and, separately, posting selfie video reactions to current events,” Fishers said. “We saw an opportunity to bring these two impactful behaviors together by designing a feature in River for users to share a video reaction to anything in the app.” 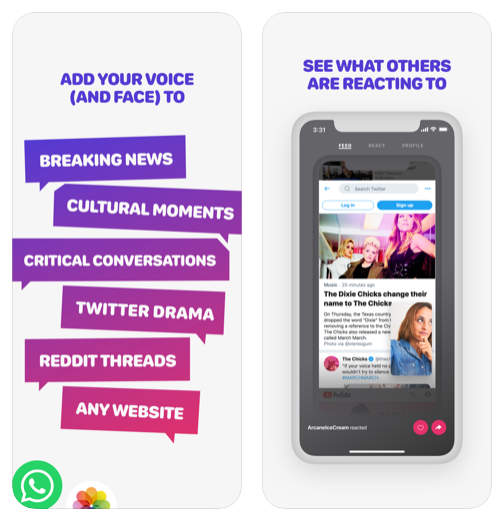 River is adamant that it doesn’t draw from data sources like user accounts, followers, or past online activity to fuel news recommendations. That’s likely to be a plus in users’ eyes, given general wariness about the way tech companies apply sensitive data. In a recent PricewaterhouseCoopers survey of over 5,000 consumers and 2,000 business executives, 67% lamented having little to no control over how their data is used.

Still, River’s solution isn’t likely to be a silver bullet, in part because AI has a tendency to amplify biases no matter the composition of its training data. For instance, Twitter’s trending topics algorithm has amplified conspiracy theories about Jeffrey Epstein, COVID-19 vaccines, and Hillary Clinton. In 2016, far-right groups were found to have co-opted Google’s search and autocomplete algorithms to prioritize sites with bias, propaganda, and misinformation in search rankings.

River asserts that its technologies organize content across the web in such a way that they’re less susceptible to algorithmic bias. “River can pick out subsidiaries and local outlets, understand who is producing original content and who is republishing the work of others. It identifies ties between publishers, the journalists who work for them, and the relative quality and significance of its various divisions,” a spokesperson explained. “It is this … system that allows River to understand what’s trending and with which publishers and groups of users, making it possible to pick out the most interesting and important stories even as they’re happening.”

Time will tell whether those claims hold up.