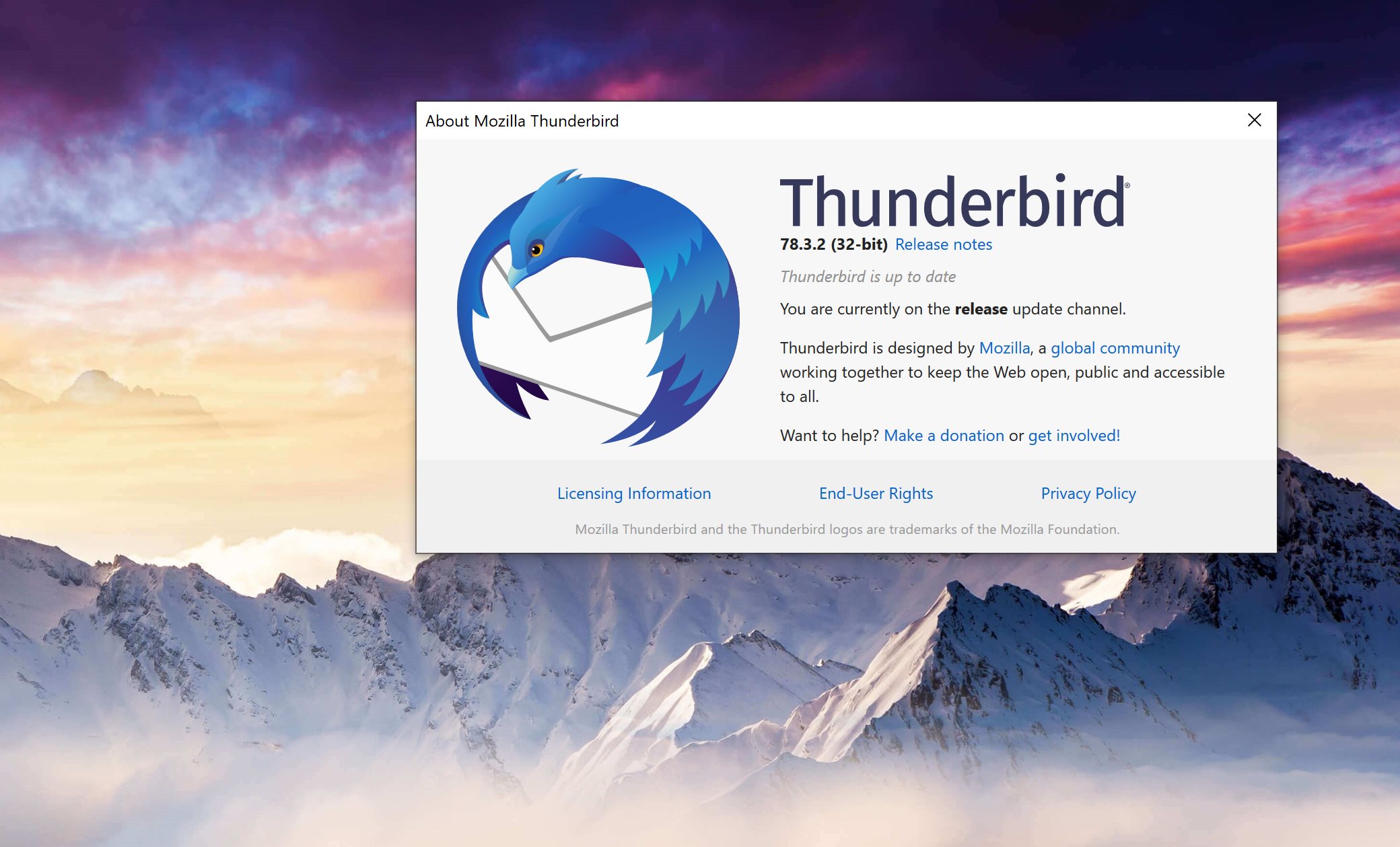 Microsoft’s Outlook is generally considered the leading email app on Windows, but at the same time, Thunderbird has become more and more popular, not only on Linux and Mac, but also on Microsoft’s very own operating system.

Despite the adoption of Outlook increasing lately, especially among company employees and following the Office 365 suite benefitting from the remote working trend, Thunderbird continues to be one super-popular choice and it happens for good reason

Not only that it packs a super-advanced feature lineup, but Thunderbird also sports a clean and intuitive interface that can be further customized according to your preferences.

As you probably know already, Windows 7 is already discontinued and only receives updates as part of the ESU program released by Microsoft for companies. So Thunderbird still supporting the platform is good news for those who are yet to make the switch to a newer version of the operating system, though at some point in the future, Mozilla would drop Windows 7 compatibility too. No information in this regard has been shared though.

A new version of Thunderbird is available for download today, and while the focus isn’t on new features, it still comes with a bunch of notable changes that are worth highlighting.

First and foremost, Thunderbird 78.3.2 introduces a new update for the update system, so starting with this version, the application will no longer automatically install updates if the Preferences tab is active. This should help prevent the app’s closure when users set up the application.

Just as expected, there are new improvements for the OpenPGP implementation, with Mozilla explaining the following in the official changelog of the app:

As far as Windows users are concerned, there are two notable improvements.

First and foremost, this update introduces dark mode, high contrast, and Windows theming fixes, so overall, Thunderbird should align with your visual settings on a Windows computer more seamless.

And then, the Thunderbird update fixes the Windows installer becoming unreadable with the Windows high contrast mode, and this build resolves the whole thing, rendering everything correctly again.

The update brings with just one known issue, as Mozilla says that the message list is not focused on startup, but of course, this isn’t something that affects the functionality of the app in a substantial way.

Needless to say, this update is a revision to Thunderbird 78, and all the changes that Mozilla has included in this build are available too.

While there are plenty of improvements in Thunderbird 78, one of the things I love the most about this version of the email client on Windows is that it finally comes with support for minimizing the app to tray, a feature that makes it so much easier to know the app is running and quickly access its features.

“On Windows, you can now keep Thunderbird running in the background without taking up any space in your task bar. With this new option enabled, when you minimize your Thunderbird window, it will be reduced to a small icon in the system tray (the small area next to your system clock in the lower-right corner of your screen). A click on Thunderbird’s tray icon will bring it back,” Mozilla explains.

The full list of new features available in Thunderbird 78 on all supported platforms is available here.