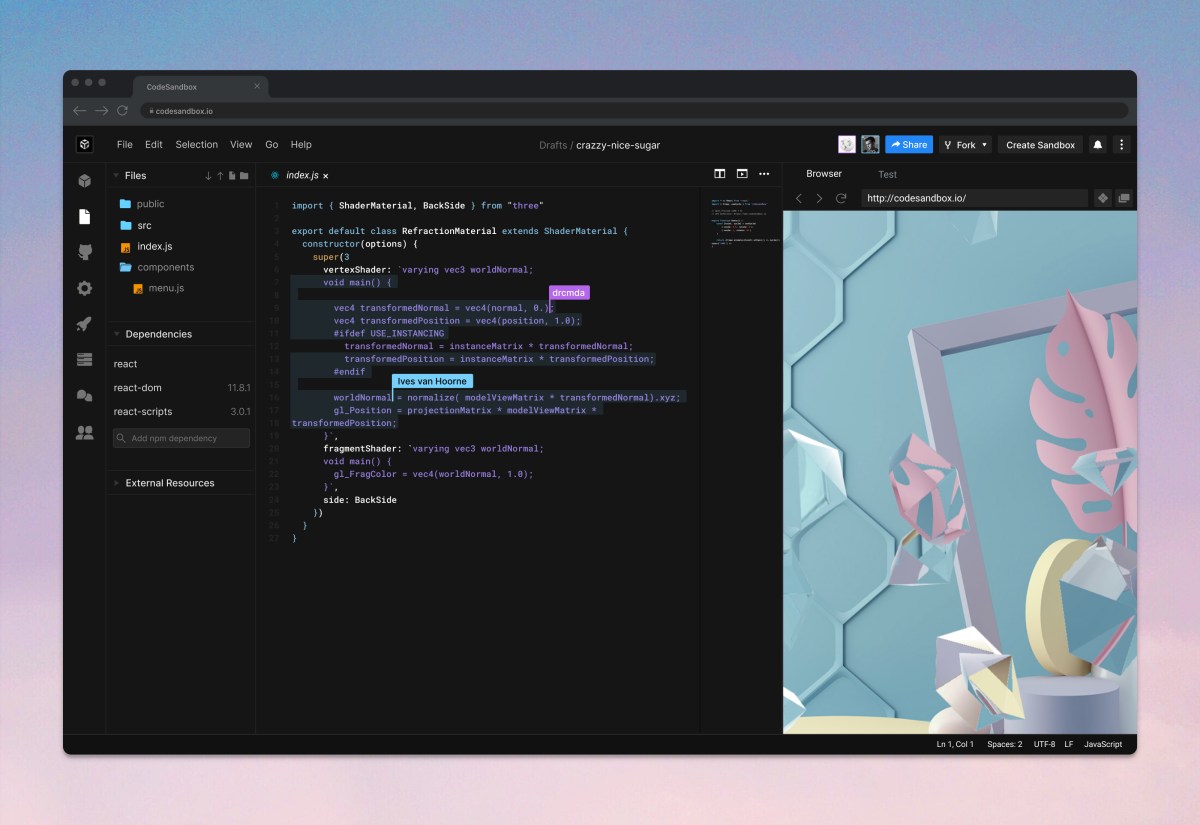 Amsterdam-based CodeSandbox has raised $12.7 million to help teams collaborate on the development of web-based applications. With teams becoming more distributed and development cycles accelerating, the company sees an opportunity to facilitate the creative process by making it easy for non-developers to participate.

EQT Ventures led the round, with participation from previous investors, including Kleiner Perkins, Arches Capital, and angel investor Guillermo Rauch. The company, which has now raised a total of $15 million, plans to use the money to launch Pro Workspaces and monetize its surprising growth.

“We want to expand our use cases for CodeSandbox,” CEO and cofounder Ives van Hoorne said. “We want to make it possible for anyone on the product team to contribute to the final results.”

CodeSandbox is part of a broader move to simplify coding and make it more accessible — commonly referred to as “low code” or “no code.” It’s a big trend, which means CodeSandbox will also face some tough competitors, like Airtable, which recently raised $185 million at a $2.585 billion valuation. On the collaboration side, GitHub’s Atom text editor lets coders work together.

Founded by van Horne and Bas Buursma in 2017, CodeSandbox bridges the collaboration and low-code elements by creating a browser-based service. The concept occurred to van Horne a few years ago while he was on vacation. Team members kept asking him questions, but he only had a phone with him and couldn’t access the development environment.

While there are web-based tools for individual coders, CodeSandbox is expanding this idea by making projects available to teams.

In addition, coding projects are presented in a way that allows product designers and managers, who may not have coding skills, to directly make or accept changes. This avoids the cumbersome process of passing suggestions to developers, waiting for changes, and reviewing them before moving to the next step. 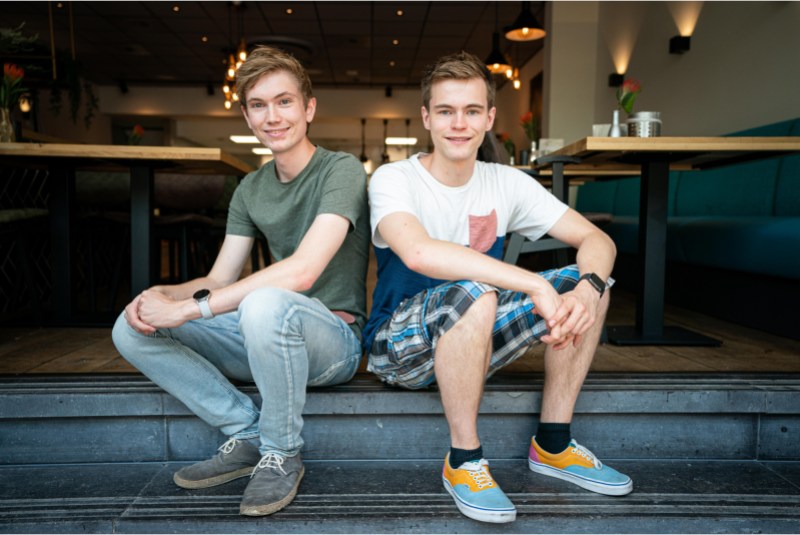 The cofounders started the service as a side project. It was only after usage began to surge two years ago that they decided to turn it into an official company. CodeSandbox says its more than 2.5 million monthly users have together created over 10 million projects on the platform.

While CodeSandbox has so far focused on collaboration, the upcoming Pro Workspaces product will introduce features that make projects accessible to non-developers.

Meanwhile, EQT’s investment was the eighth deal prompted by its AI-driven Motherbrain tool. The data being crunched highlighted CodeSandbox’s early seed investment, as well as factors like its rapidly growing user base, prompting partners to reach out to the company before it was looking to raise money.

In talking with EQT, van Hoorne said he was surprised how much the firm’s partners seemed to know about CodeSandbox’s business. When the company finally did decide to raise another round, EQT was at the top of the list.

“We were happy to see the fruits from our data-driven proactive approach with CodeSandbox,” EQT analytics partner Henrik Landgren said. “We saw this company early on, researched the space, tracked them, and then decided to reach out. Motherbrain also helped us to find and compare the various other related companies, which made us even more excited about CodeSandbox.”