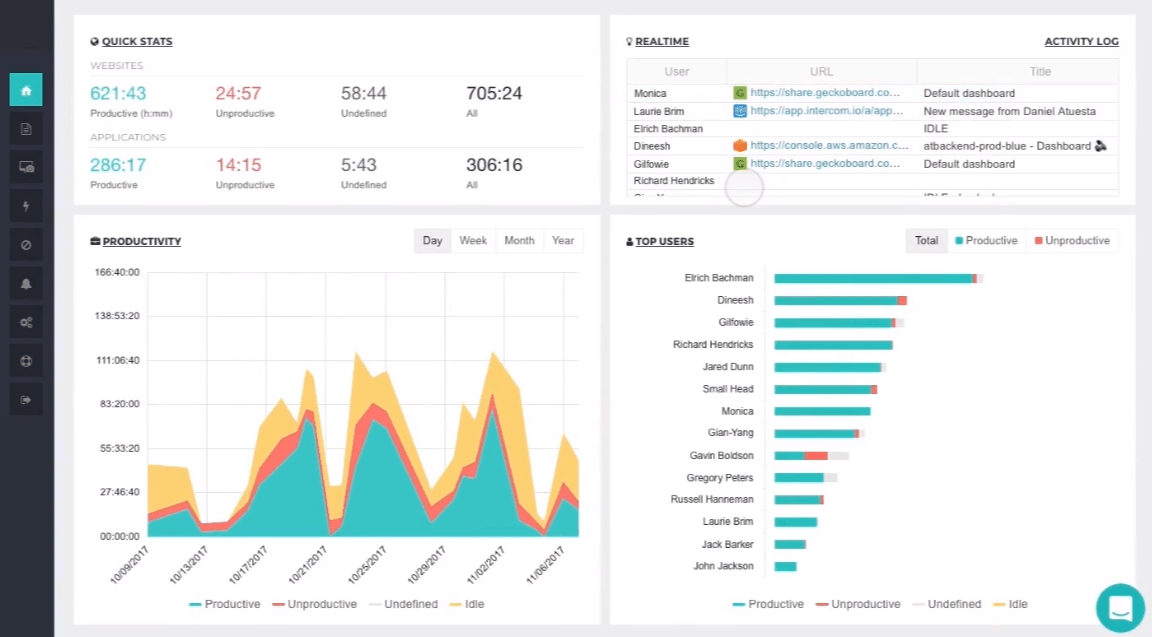 ActivTrak, an Austin, Texas-based cloud productivity monitoring software provider, today raised $50 million in a series B round from Sapphire Ventures. The fresh capital will be used to scale ActivTrak’s go-to-market activities across sales, marketing, and channels and expand the company’s capabilities using AI-driven analytics, according to CEO Rita Selvaggi.

The pandemic has forced a record number of employees to work remotely. A recent article by MIT professor Erik Brynjolfsson estimates that 31% of workers employed in early March had switched to working at home by the first week of April. In a PricewaterhouseCoopers survey of 1,200 U.S. office workers between May and June, executives expressed concern about what might be missed, even with more flexible work and a workforce largely ready to make the leap.

ActivTrak’s cloud-based product aims to allay those fears by delivering aggregated data and analytics that “quantify” productivity, as Axilrod put it. A client installs to workers’ desktops to capture and record activity logs (including partially redacted screenshots) during preset time frames. Data might include usernames, app title bars, and website URLs, in addition to things like USB device activity. That all gets transmitted in an end-to-end encrypted fashion to a web dashboard, where users appear in an ordered table displaying their estimated web usage, app usage, and “productive” and “unproductive” time.

ActivTrak’s software, which can be hosted on in-house infrastructure or in the cloud, on Amazon Web Services or Google Cloud Platform, affords administrators a fair degree of control over PCs. They’re able to block websites; create alarms to capture suspicious activity like USB file transfers, IP address connections, and website or app access; and monitor web and app traffic in real time. When an alarm is triggered, they get a screenshot and email notification instantly and can configure the client to close offending apps and services automatically.

The global employee monitoring market stands at $1,071 billion and is expected to see a compound annual growth rate of 25.5%, led by a host of well-established players like Microsoft, Teramind, Time Doctor, VeriClock, and Hubstaff. ActivTrak says it has grown more than 200% since March 2019, with a 60% increase in year-over-year annual recurring revenue from January 2019 to January 2020. The company claims to have over 8,000 customers and more than 250,000 users.

This growth reflects the increased demand for remote work analytics, but advocates fear it could chip away at privacy protections in the workplace. Only a handful of states protect employees from employer scrutiny over content like social media posts. The U.S. Electronic Communications Privacy Act and Stored Communications Act, the law extending restrictions on wiretaps to electronic data, is fairly liberal regarding how companies can monitor information. And some startups don’t explicitly encourage their corporate customers to disclose the sort of monitoring they’re conducting to employees.

That said, the majority of companies are wary of backlash from employees or from mishandling of data. According to a survey by Accenture, while 62% of executives said their companies are using new technologies to collect data on people, fewer than a third said they feel confident they’re using the data responsibly. Responding to a study by B2B ratings and review firm Clutch, 37% of employees said the use of monitoring software would diminish trust in their employer.

Alongside Sapphire Ventures, Elsewhere Partners participated in ActivTrak’s latest funding round. This brings the startup’s total funding to $77.5 million, following a $20 million round in March 2019.