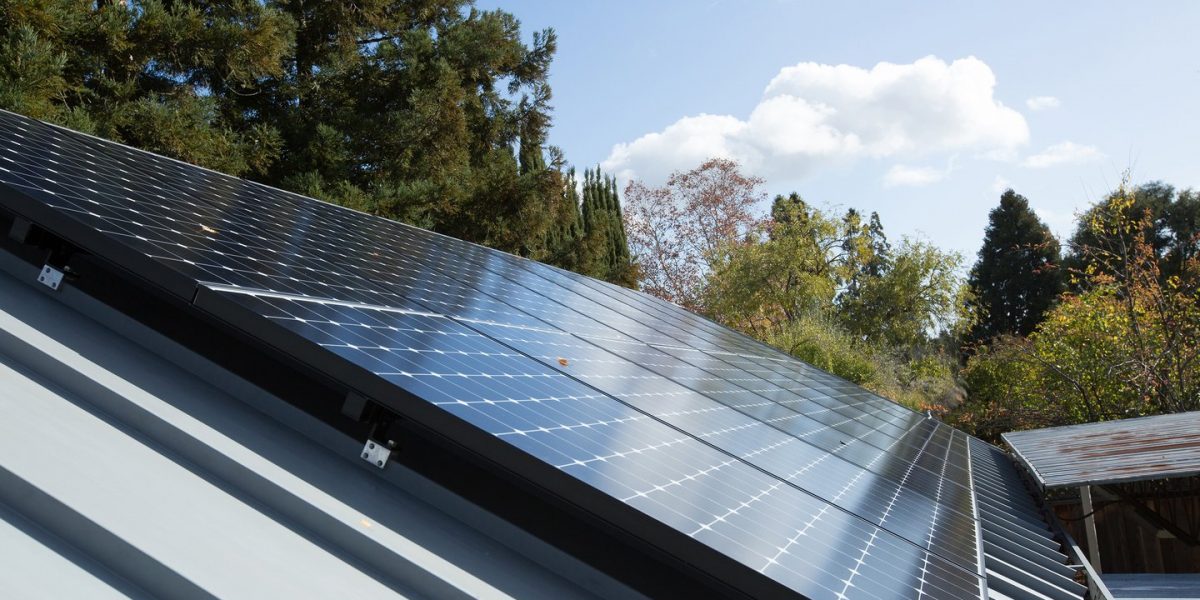 San Francisco-based Aurora Solar, which taps a combination of lidar sensor data, computer-assisted design, and computer vision to streamline solar panel installations, today announced a $50 million raise. The company says it will leverage the funds to accelerate hiring across all teams and ramp up development of new features and services for solar installers and solar sales consultants.

Despite recent setbacks, solar remains a bright spot in the still-emerging renewable energy sector. In the U.S., the solar market is projected to top $22.9 billion by 2025, driven by falling materials costs and growing interest in offsite and rooftop installations. Moreover, in China — the world’s leading installer of solar panels and the largest producer of photovoltaic power — 1.84% of the total electricity generated in the country two years ago came from solar. 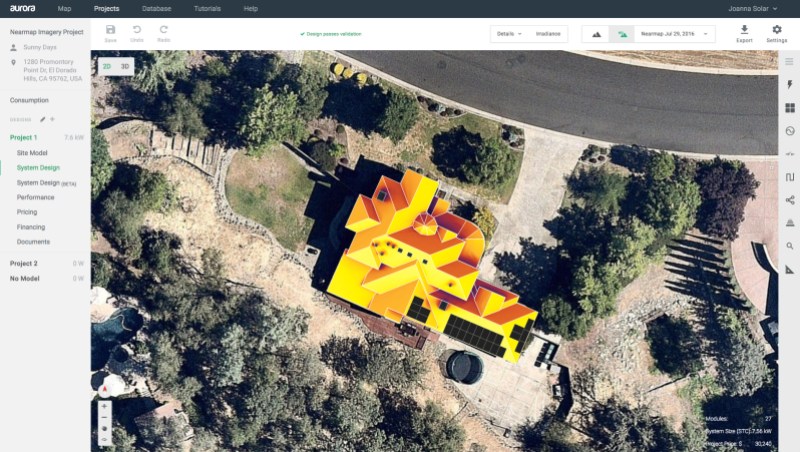 Stanford University graduates Samuel Adeyemo and Christopher Hopper teamed up to cofound Aurora in 2013 after a frustrating experience commissioning a solar project for a school in East Africa. While the panels themselves only took weeks to install, planning — conducting research, calculating financials, and designing the system — dragged on for six months.

So the pair devised SmartRoof, which allows solar installers to create 3D CAD models of construction sites and forecast not only how many panels will fit on the properties, but the amount of power they will produce and the potential energy savings. It’s a bit like Google’s Project Sunroof, a geographic search engine anyone can use to discover the potential for solar energy collection in their home, albeit more sophisticated.

SmartRoof launched in 2015 following two years of development and validation tests with the National Renewable Energy Laboratory and the U.S. Department of Energy, according to Hopper. The process begins with modeling, using Aurora’s CAD software. Designers trace roof outlines over satellite images augmented with lidar data and use built-in edge detection tools to ensure they’re up to spec. From there, they’re able to simulate obstructions (like trees) on the panels’ sunlight exposure or sun paths and use that data to extrapolate power consumption at various times of the year.

In September, Aurora launched a range of tools to size battery backup systems and make recommendations based on homeowners’ needs. The software dynamically factors in how much power will be produced by a solar system, the amount of load to be backed up, and the number of batteries and inverters selected. Aurora VP Justin Durack said the product team spent months researching and designing the toolset from the ground up. 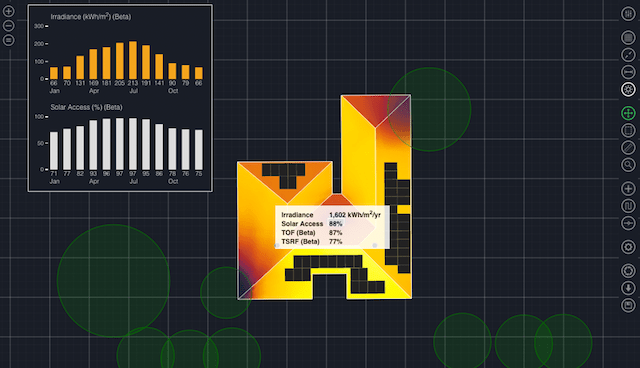 Above: Generating an irradiance report with Aurora Solar’s tools.

There’s a sales piece, too. Aurora’s solution uses system performance to model loans, leases, and cash payments and boasts proposal-building tools that let companies import calculations and other information from the project into polished, presentation-ready decks.

Aurora operates on a subscription model and offers several options: a $135 per user per month basic tier; a $220 premium tier that adds things like lidar-assisted modeling, NEC validation, and single line diagrams; and a variably priced enterprise tier for “organizations that quote thousands of systems per month.”

As of October 2020, over 4 million commercial and residential solar installations had been designed with Aurora’s technology, a number that has grown at a rate of tens of thousands of projects every month. The company notched 1 million project installations in the last six months alone, coinciding with the start of the pandemic.

Aurora’s series B round announced today was led by Iconiq Growth, with participation from existing investors Energize Ventures, Fifth Wall, and Pear VC. This brings the company’s total raised to $70 million.

Sign up for Funding Weekly to start your week with VB’s top funding stories.
Facebook
Twitter
Pinterest
WhatsApp
Previous articleSAB Biotherapeutics Awarded $57.5M from BARDA and U.S. Department of Defense for Manufacturing of SAB-185 for the Treatment of COVID-19
Next articleDeepMind’s improved protein-folding prediction AI could accelerate drug discovery