RootMetrics: South Korea’s ‘brilliant’ 5G will spur other countries in 2021 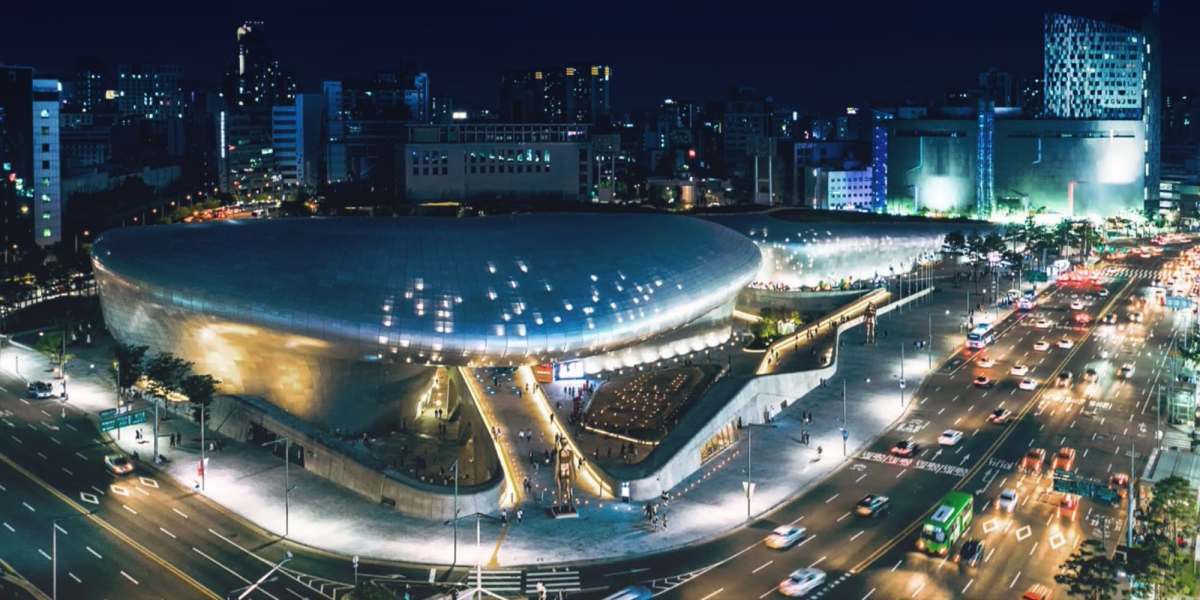 Fifth-generation cellular technology is widely expected to be the network infrastructure behind the fourth industrial revolution — the wireless pipes eventually connecting data processors to thousands of factories, millions of sensors, and billions of client devices — but in the United States, nationwide 5G networks are barely outperforming their 4G predecessors. That’s not the case everywhere, however, as network analysts RootMetrics report today that South Korea has recently surged so “far ahead” in performance that it now clearly leads the world in 5G, while offering a blueprint that could help other countries deliver “dramatic improvements in relatively short order.”

The new report is significant for technical decision makers because it suggests that 5G will finally start delivering on its transformative promise in 2021 after years of early commercialization. Comparing 2019 and 2020 results, RootMetrics found “massive improvement” across three major performance categories — average download speeds, latency, and availability — in seven major South Korean cities, as tested from mid-September to mid-October across 4,055 kilometers outdoors and 175 locations indoors, notably “at times of peak mobile usage.” Each of the country’s three networks, KT, LG U+, and SK Telecom, delivered “much broader 5G availability and faster speeds” year over year thanks to network improvements.

Unlike the United States, where 5G download speeds currently average roughly 75Mbps across the top three carriers, South Korean carriers are now delivering median 5G download speeds in the 400Mbps to 600Mbps range — five to eight times faster — and overall 4G/5G download speeds in the 350Mbps to 450Mbps range. The latter difference is attributable to 5G availability: Users see the higher speeds when they’re connected to 5G towers, but otherwise fall back to 4G, with the 350-450Mbps numbers reflecting a combined 4G/5G average. Over the past two years, South Korean carriers have deployed so much 5G infrastructure that the higher-speed service is now generally available in 60-70% of the seven tested cities; one carrier has nearly 55% coverage in the worst of its tested cities, but over 90% in two others. 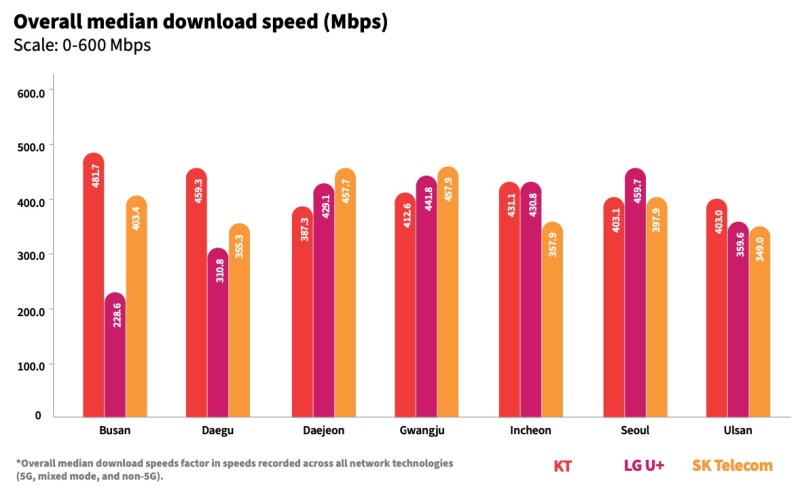 This contrasts profoundly with the U.S., which is challenged by larger geography and a lack of universal regulatory support for 5G deployments. Due partially to local zoning challenges, top carrier Verizon has achieved less than 5% geographic coverage for its high-speed but short-distance “5G Ultra Wideband” service, and it recently began to offer a 4G-like alternative called “5G Nationwide” to 50% of the U.S. population. Rival T-Mobile avoided the zoning issues by deploying longer-distance 5G solutions that thus far haven’t matched Verizon’s peak download speeds, but deliver better average performance — still regrettably in the 75-80Mbps range.

5G’s ability to deliver not just low overall network latency but location-specific “ultra-reliable low latency” performance is the key to next-generation factory automation. Though 0.02-second latency is responsive enough to enable mixed reality headsets to rapidly change the content they’re streaming to viewers, industrial robot-dependent factories are looking for responsiveness measured in 0.01 or fewer seconds, plus 99.999% reliability. This peak level of performance will be guaranteed for specific industrial applications and environments rather than 5G network-wide, but the evolution of the surrounding network to similar speeds is a significant improvement.

RootMetrics’ reference to a South Korean “blueprint” for rapid 5G success really comes down to several factors. Two of the three South Korean carriers are using 100MHz of 5G bandwidth, and the third uses 80MHz, all around the “mid band” 3.5GHz frequency, while U.S. carriers have struggled for regulatory reasons to get access to both mid band spectrum and similarly large spectrum blocks. The carriers have also been able to deploy plenty of network hardware across South Korean cities and have seen relatively little performance degradation indoors compared with outdoors, unlike early U.S. 5G millimeter wave deployments. In other words, the key to performant 5G is widely deployed mid band networking gear, which a major domestic vendor and government coordination can make considerably easier.

While South Korea has benefited significantly from the availability of Samsung 5G networking hardware and devices, RootMetrics expects that the belated launches of 5G-compatible iPhones could encourage other countries and carriers to achieve parity with the current 5G leader, as global demand for 5G will be driven at least as much by consumer devices as industrial applications. The report suggests that the one-year pace of the performance uptick “suggest[s] that networks in other countries could follow suit, which would level the worldwide 5G playing field” despite the “commanding lead” South Korea currently holds.