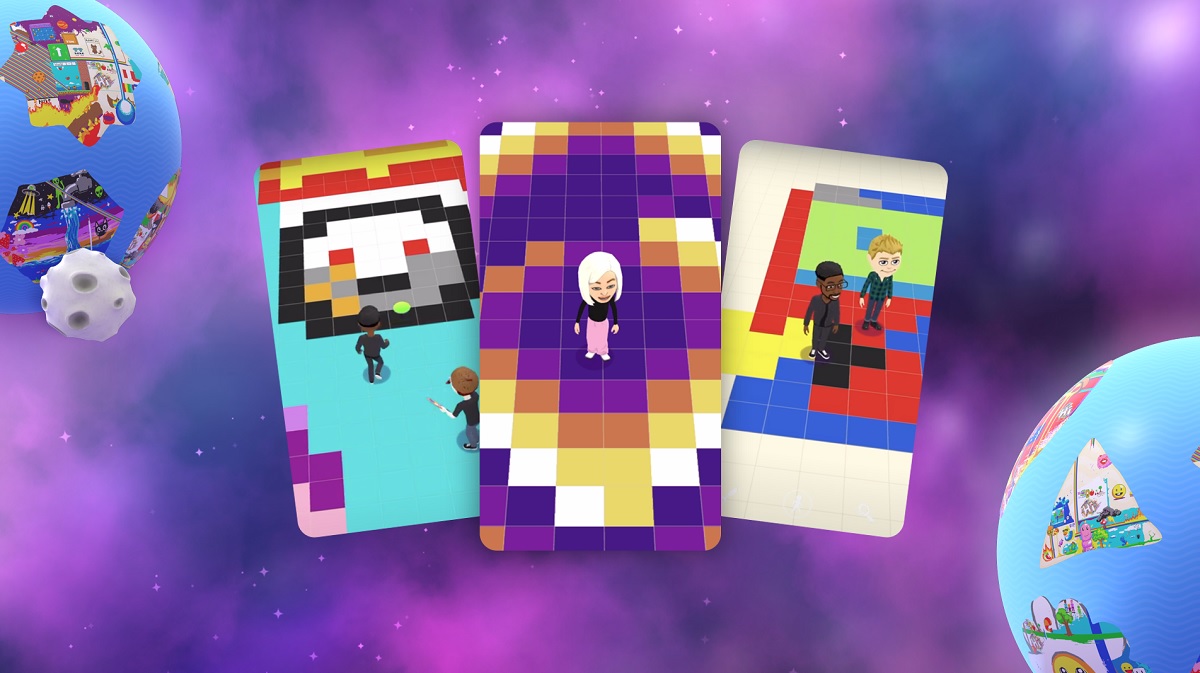 Snap is launching a new game inside of Snapchat called Bitmoji Paint, where hundreds of players can come together simultaneously to contribute to one massive collage.

Built by Snap Games Studio, Bitmoji Paint introduces a new gaming genre inside of Snapchat. Snapchat users have taken to games that are embedded within the messaging system, and in June the company announced more than 100 million people had played its games since they launched in April 2019.

Players can create avatars, dubbed Bitmojis, and use them in the Bitmoji Paint game. Players enter the game through Snapchat’s chat function (behind the rocket icon) or search. They can see a planet with multiple islands floating in space. Each island is a server that players can join, along with hundreds of other real players. When players select an island to join, they are then placed on a live, editable canvas.

Players are able to paint, explore, and hang out by switching between three modes: move, paint, and map. They can meet other Snapchat users but only communicate with them through a menu of emotes. Snapchat users cannot view other players’ Snap IDs. 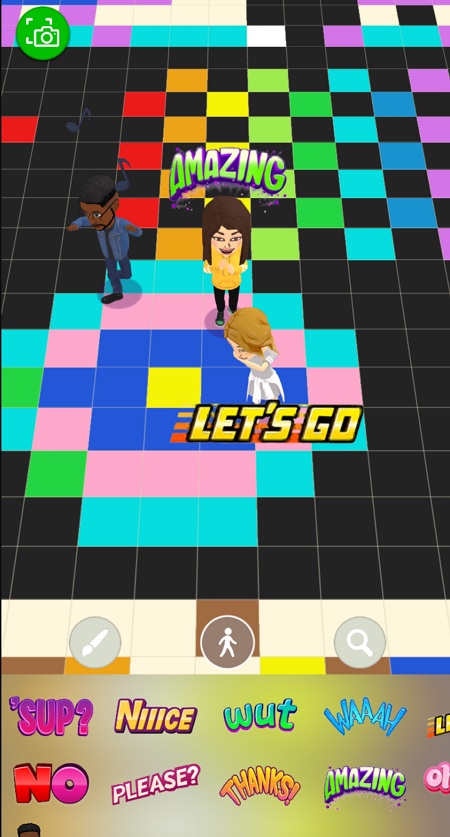 Above: Bitmoji Paint is a multiplayer game on Snap.

Snap is also introducing Snap Tokens to customize the Bitmoji Paint experience for Android users. Snap Tokens are digital goods that users can purchase and store in a virtual wallet tied to a Snapchat account.

The Token Shop, accessible through a Snapchat user’s profile page or Bitmoji Paint, is the primary place for Snapchatters to purchase Snap Tokens. Within Bitmoji Paint, Snap Tokens can be used toward purchasing roller skates, a hoverboard, an ink painter, and a paint roller.

Twitch streamers Julien Solomita, Jeff Cyrus, Chris Melberger, and Julia Kelley will be streaming their Bitmoji Paint experience on December 14 from 5 p.m. to 6 p.m. Pacific. Overall, Snap has more than 249 million daily active users, and 75% of the 13-year-old to 34-year-old U.S. population uses the platform.