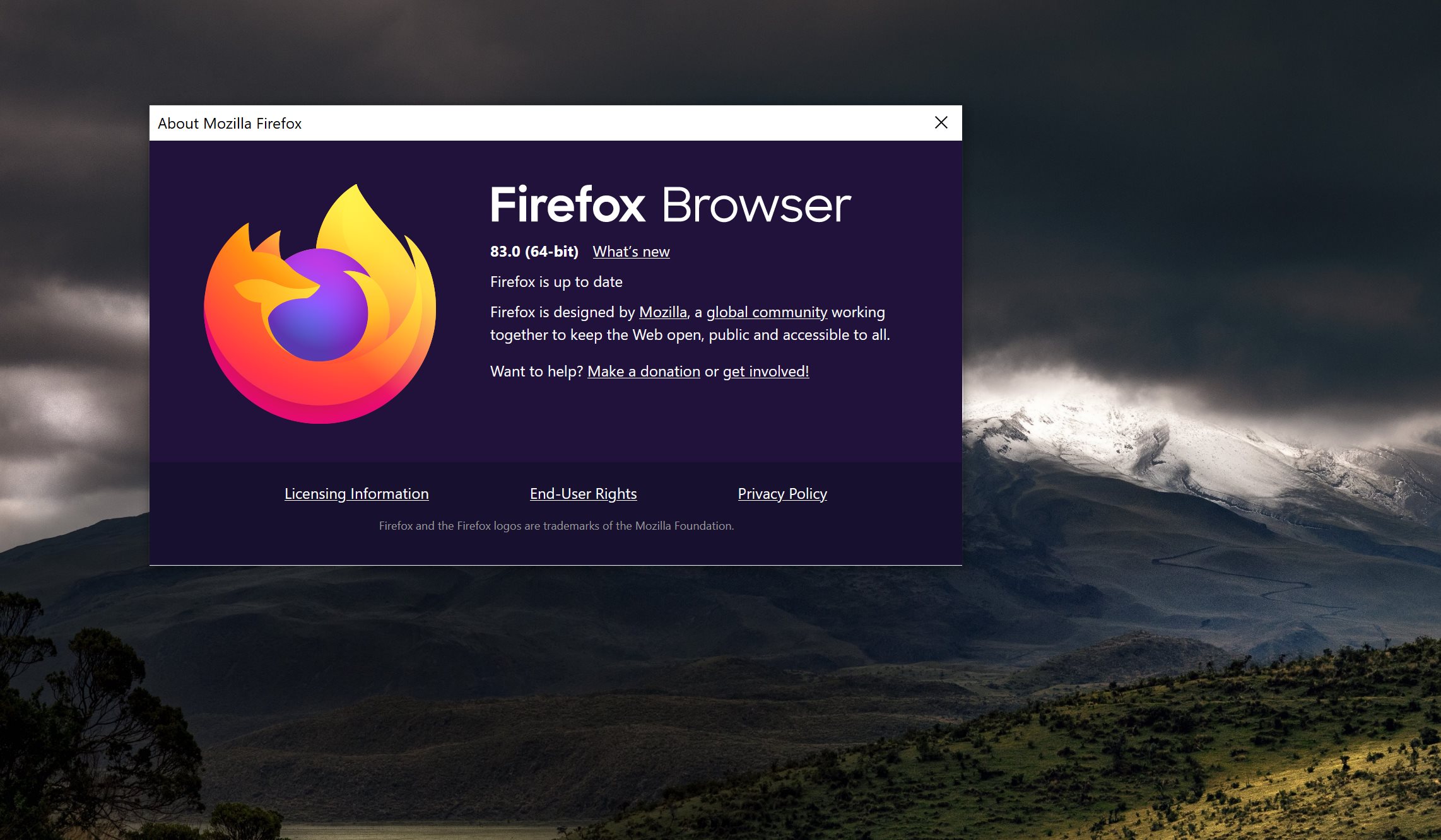 At this point, the browsing world is pretty much divided into two different parts. First of all, it’s Mozilla Firefox, the browser that has been around for many years and served as the main alternative to Google Chrome. And then, it’s the Chromium-based army of browsers that includes not only Chrome but also Microsoft’s very own Edge.

Mozilla Firefox has thus become not only an alternative to Google Chrome but to every other Chromium browser out there, and the major updates that it gets every four weeks play a key role in its effort to remain relevant in this tough battle.

Today, Mozilla published Firefox 83, a new version of the browser for Windows, Linux, and macOS, and naturally, this one comes with massive improvements.

First and foremost, Mozilla says it has made additional under the hood optimizations that allow for an important speed boost, especially when loading websites.

“Firefox keeps getting faster as a result of significant updates to SpiderMonkey, our JavaScript engine, you will now experience improved page load performance by up to 15%, page responsiveness by up to 12%, and reduced memory usage by up to 8%. We have replaced part of the JavaScript engine that helps to compile and display websites for you, improving security and maintainability of the engine at the same time,” the company says.

There are several new features in this release, and one of the most important is the HTTPS-Only Mode. As you can easily figure out by simply reading its name, this feature blocks HTTP websites and forces the user to stick with HTTPS. The new setting comes off by default, and it can be enabled by anyone in Firefox 83 right from the configuration screen of Firefox 83 and later.

There are also Picture-in-Picture mode improvements, including keyboard shortcuts for fast forwarding and rewinding videos. As you probably figured out already if you’re a Firefox user, Mozilla is betting big on PiP mode, and every single major update released lately brought additional refinements. Starting with Firefox 83, users can press the arrow keys to move forward and back 15 seconds, and the same thing for volume controls.

The new browser also introduces support for pinch zooming, which is available beginning with Firefox 83 on touchscreen devices running Windows 10 or on Macs through the touchpad.

Mozilla says the new Firefox runs just flawlessly on the new Apple Silicon devices, and at the same time, marks an important release for WebRender that becomes available to more users on Windows 7, Windows 8, and macOS 10.12 to 10.15.

Mozilla says it has also added the following three subtle improvements for a trio of built-in browser features:

All in all, this is clearly a pretty major Firefox release, so hopefully, everything would work flawlessly, as the latest browser updates have been plagued by various problems that forced Mozilla to eventually halt the rollout. You can download the new Firefox update from the linked page in this article or using the built-in auto-update engine if you’re already running the app.