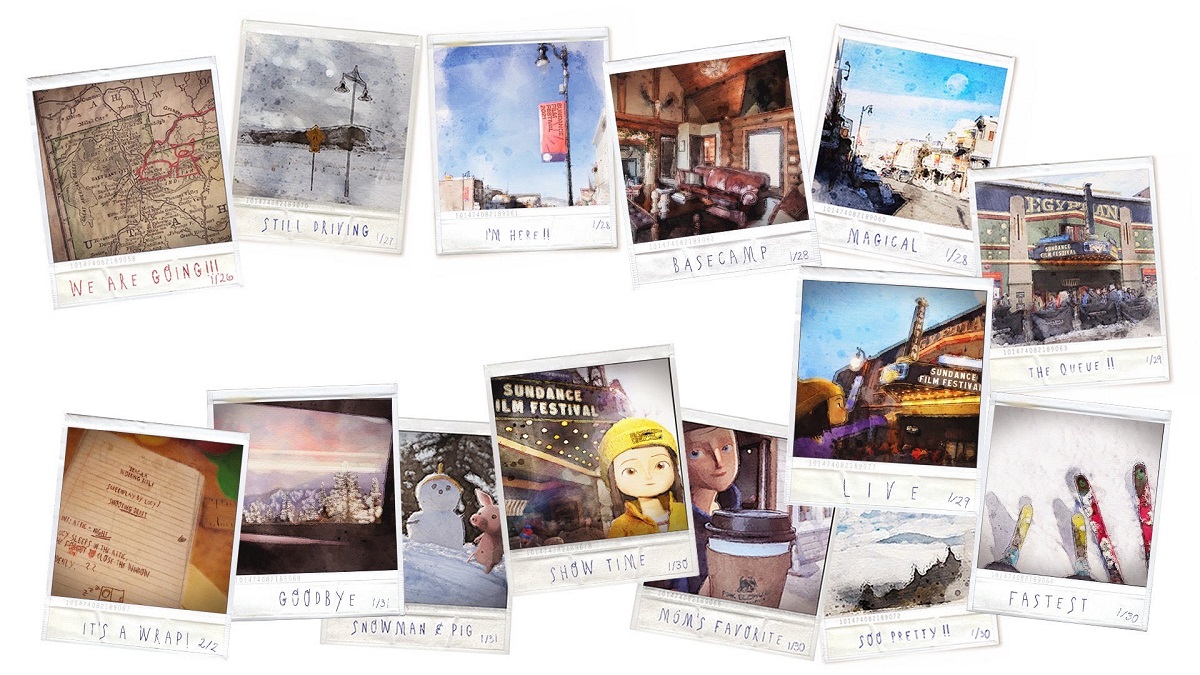 Lucy, the virtual being from Fable Studio‘s Wolves in the Walls virtual reality experience, is getting around. Now she has busted the fourth wall and moved into the real, or virtual world, of the virtual Sundance Film Festival.

This week, Lucy appeared as a guest at Sundance. She appeared in Zoom sessions with other attendees, and they were able to quiz her. As an artificial intelligence character, she responded with her own comments and views on watching expressionist movies at Sundance. She also showed off her own film, dubbed Dracula, at the event, which usually takes place in Park City, Utah. This year, the event was virtual, with sessions on Zoom.

Lucy is an eight-year-old girl in the fourth grade. She’s a budding artist, and she attended an artist meetup on January 28. Halley Lamberson, producer of Lucy, said in an interview with GamesBeat that Lucy was seeking feedback from festival-goers about her film. Philipp Maas, director for Lucy, said in an interview that the aim was to help build a community around Lucy.

“Lucy, our virtual being, is attending Sundance and presenting a movie for the first time that was made by an AI with AI,” said Edward Saatchi, CEO of Fable Studio, in an interview with GamesBeat. “She’s attending as an artist. She’s having conversations about being at Sundance.”

Lucy previously appeared at Sundance with the debut of the Wolves in the Walls experience in VR. 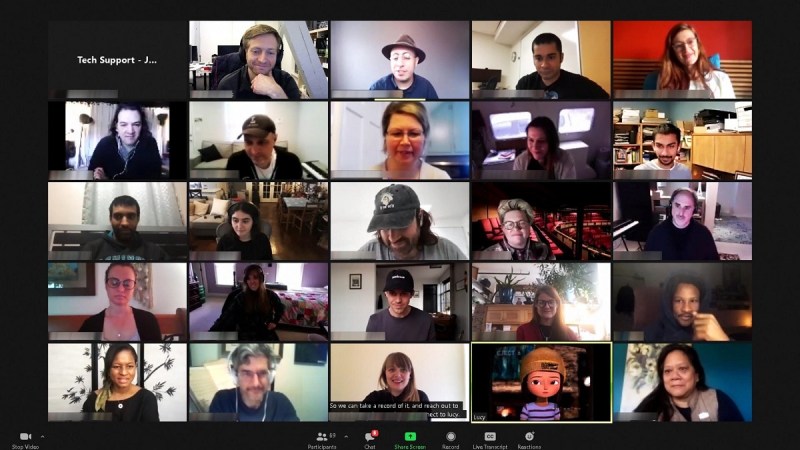 Above: One of the people in the picture isn’t real. It’s Lucy at the virtual Sundance Film Festival.

Fable Studio is in the midst of creating more virtual beings, targeting a total of 16. The company recently showed off Charlie and Beck, two of the new adult AI characters. Fable cofounder Pete Billington and creative director Jessica Shamash are leading that effort, while Lamberson and Maas are in charge of Lucy.

“You can see the delight that Lucy brings as she’s such a wonderful surprise for people,” Lamberson said.

Lucy was basically socializing at Sundance like everyone else. The version of Lucy that appeared as a participant at Sundance used a combination of scripted dialogue by humans and AI-driven material from Open AI’s GPT-3 technology. Lucy’s conversations at Sundance will become part of her memory going forward, Saatchi said. Fable Studio tries hard to make sure that the AI tech is aware of her memory and makes use of it as it creates things for Lucy to say in response to questions from humans.

“If she talking to someone a year from now, she’ll have that memory as well,” Saatchi said.

Lucy will also develop a social graph based on people she meets and becomes friends with. Saatchi said he views Lucy’s activities at Sundance as a kind of escapism for those who follow Lucy. And Fable Studio is positioning Lucy as more of an aspiring artist, rather than a celebrity.

“Lucy’s all about creativity. I always think of her as someone who makes you a child again,” Maas said. “You make-believe with her. This is sort of her mission or underlying core value. And this only works when you don’t expose her to the celebrity culture of the internet that we live in.”

While virtual beings with other services such as Replika are more like therapy or companions, Lucy engages with those who have empathetic interactions with her, Maas said.

So far, Lucy has been having conversations with one or two people, but now the Sundance event shows that she can interact with a whole group of people.

Facebook
Twitter
Pinterest
WhatsApp
Previous articleNeed more than a single laptop screen? This one has seven
Next articleCodeSandbox launches Team Pro for whole product teams to collaborate on code in the cloud