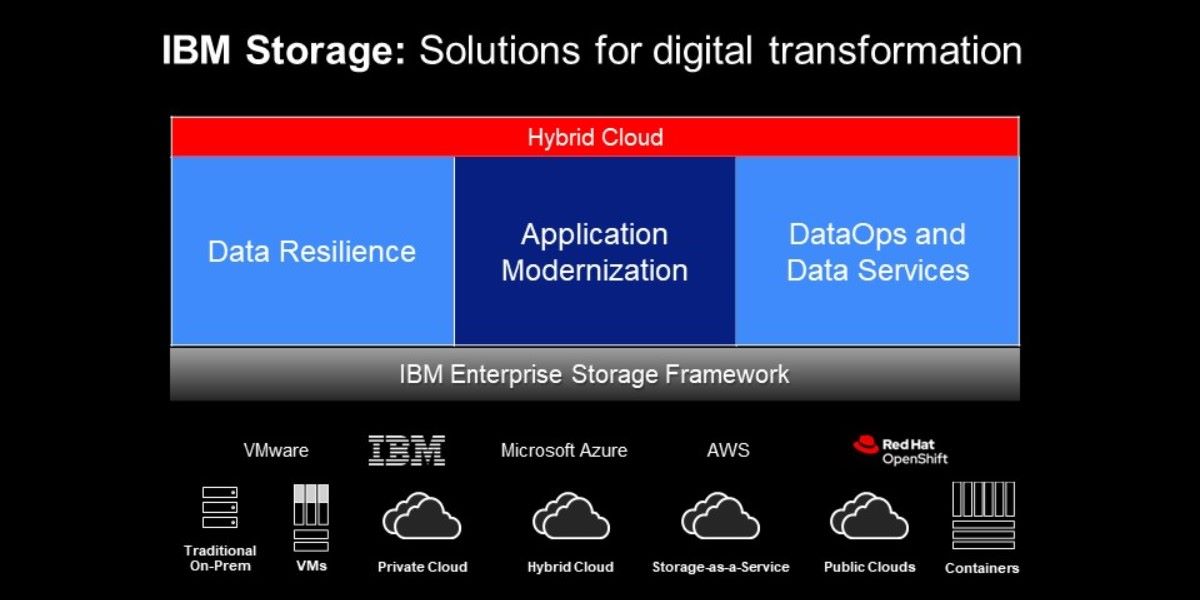 As part of a larger effort to make it easier to manage data across a hybrid cloud computing environment, IBM unveiled a 1u all-flash storage system for on-premises IT environments that can scale to hold 1.7 petabytes (PB) of data.

The amount of storage capacity required by IT organizations that are training AI models using data that, for compliance and security reasons, can’t be shifted to a cloud computing environment, is steadily increasing, said Denis Kennelly, general manager for IBM Storage.

The FlashSystem 5200i, with data capacity starting at 38 TB, is now the entry-level member of the IBM all-flash family of storage system that IBM is now offering for 20% less than its predecessor. IBM is also adding additional 2u models to the FlashSystem series that are designed to deliver higher I/O performance.

The IBM storage systems are unique in that they are all compatible with the IBM Spectrum storage management software that IBM makes available on its cloud as well as Amazon Web Services (AWS), said Kennelly. IBM also committed to making IBM Spectrum Virtualize for Public Cloud software available on the Microsoft Azure Cloud in the third quarter. That capability is critical because it enables IT teams to replicate and migrate data across hybrid cloud computing environments, added Kennelly.

In general, the ability to move data between multiple clouds and on-premises IT environments has become a critical requirement as the centers of data gravity in the enterprise continue to shift, said Kennelly. Organizations need to be able to flexibly move and replicate data that needs to be accessed by a growing number of applications running on different platforms. It’s not always feasible or practical to remotely access data when many of the applications running are increasingly latency-sensitive thanks in part to increased reliance on microservices.

At the same time, the amount of data that is being accessed is increasing as organizations look to infuse AI capabilities into their applications. The AI models being constructed require access to massive amounts of data.

Collectively, all those requirements create a need to be able to manage and govern data more efficiently than ever, said Kennelly.

“Data is the new oil for business,” said Kennelly. “But data, like kerosene, in the wrong hands is a dangerous thing.”

Ultimately, traditional IT operations will need to absorb what is today often separate DataOps and machine learning operations (MLOps) disciplines that have emerged around data science initiatives, said Kennelly. In the meantime, IBM is making a case for an approach to storage that will, longer term, make it easier to achieve that goal.

IBM, of course, is not the only provider of storage and data management platforms with similar ambitions. However, now that IBM has positioned IBM Cloud as one platform among many it supports, its entire approach to hybrid cloud computing continues to evolve. The challenge, of course, is that hybrid cloud computing requires a lot more to achieve than simply accessing compute resources on different platforms. The data those compute engines need to access needs to be just as readily accessible whenever and wherever required.

Join gaming leaders online at GamesBeat Summit Next this upcoming November 9-10. Learn more about what comes next.  IoT product provider Zyter has partnered with...
Read more