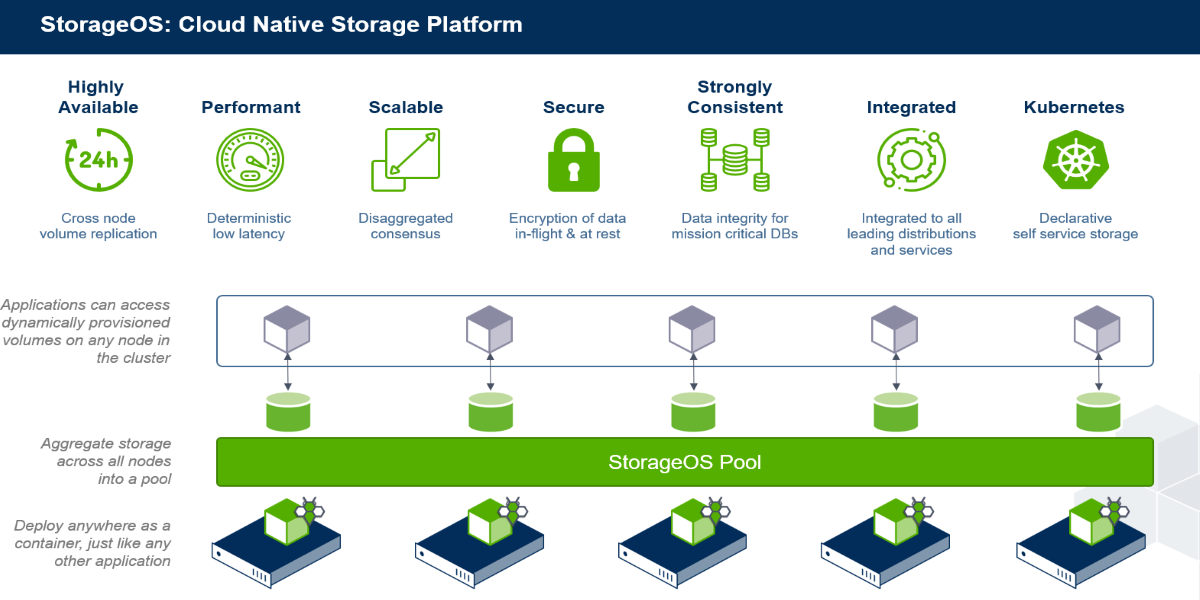 StorageOS today revealed it has garnered an additional $10 million in funding to drive the adoption of a software-defined storage platform for containerized applications.

While containers have been employed for some time, the bulk of those applications are stateless. Whenever data does need to be stored, it’s usually placed on a legacy storage system that is managed external to a Kubernetes cluster.

However, the number of stateful container applications that require access to persistent storage has begun steadily increasing in the last two years. Many organizations are now deploying container storage platforms as part of an effort to streamline the management of compute and storage on the same Kubernetes cluster to reduce total IT costs.

StorageOS competes with a number of storage software providers, such as MayaData and Red Hat, as well as traditional storage system providers like Dell Technologies, Hewlett-Packard Enterprise (HPE), and Pure Storage, which acquired Portworx — provider of a rival container storage platform — for $370 million last year. StorageOS currently claims to have more than 4,000 customers.

The company’s latest round was led by Downing Ventures, with existing investors Bain Capital Ventures, Uncorrelated Ventures, and MMC Ventures participating alongside new investor Chestnut Street Ventures. StorageOS has raised a total of $20 million to date.

The new funds will be employed to expand the scope of StorageOs’ go-to-market capabilities, including growing its sales engineering staff, StorageOS founder and CEO Alex Chircop said.

One of the major challenges with container storage is that many of the platforms are now initially selected and implemented by developers who prefer software-only solutions that don’t lock them into a specific platform. StorageOS is unique in that its platform doesn’t have any dependencies that would lock IT teams into, for example, a specific distribution of Kubernetes, Chircop noted.

Given these performance concerns, developers have thus far exercised a lot of direct input over container storage platforms. As container applications grow, traditional storage administrators may play a larger role, but for now DevOps teams are the primary decision-makers, Chircop said.

“The job functions are fundamentally changing,” he added. “It’s getting fuzzier.”

Container storage also needs to be dynamically scaled up and out alongside container applications, which is easier to accomplish using a hyperconverged topology enabled by software that makes it simple to add additional storage nodes on demand.

It’s still early days as far as container storage platform adoption is concerned. While billions of containers are now employed within IT environments, the percentage of those containers being employed within a stateful application is still relatively slight. A survey conducted last fall by the Cloud Native Computing Foundation (CNCF), which oversees the development of Kubernetes, found that 55% of developers had deployed a stateful container application in production, with another 11% planning to deploy them in the next 12 months.

That percentage has undoubtedly increased as organizations employ containers to construct microservices that are now at the heart of many digital business transformation initiatives. In fact, it shouldn’t come as a surprise to discover that in many cases, multiple initiatives within the same enterprise have opted to employ different container storage platforms.