Intel will invest in factories and manufacture chips for other companies 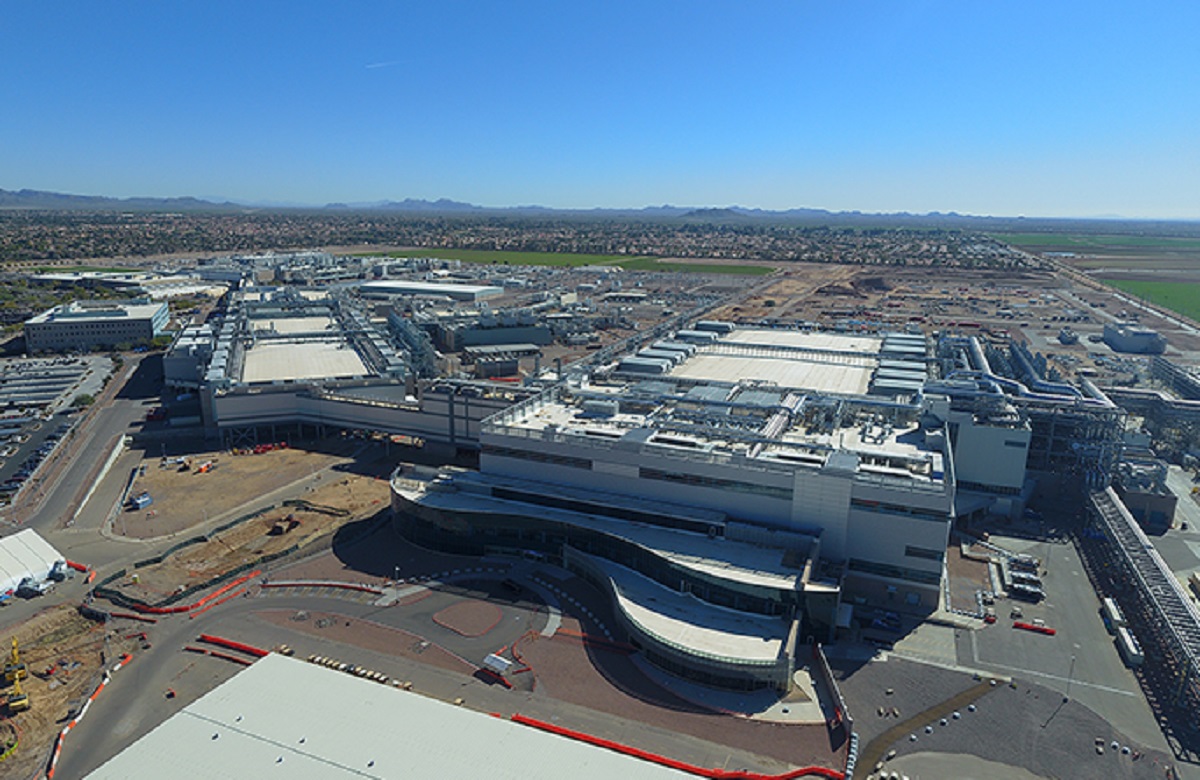 Intel CEO Pat Gelsinger said in his first major announcement that Intel will invest $20 billion in two new factories in Arizona and it will start Intel Foundry Services, which will manufacture chips for external chip design companies.

“It’s a strategic use of our foundries,” Gelsinger said.

Gelsinger was appointed CEO earlier this year as a replacement for Bob Swan, who oversaw Intel during a time when it lost both manufacturing leadership to rival foundries like TSMC and chip design leadership to rival Advanced Micro Devices. Gelsinger said the new moves would help put Intel on a path back to manufacturing leadership. In after-hours trading, Intel’s stock is up 6% to $67.45 a share, with a market capitalization of $257.9 billion.

Intel will work with Globalfoundries, TSMC, UMC, and Samsung. Intel will also become a foundry itself. By 2025, this could be a $100 billion opportunity, Gelsinger said. Intel will grow its global operations, including in the U.S., to meet the demand for commercial customers as well as government and security needs in the U.S. Gelsinger said that, under this plan, it won’t be unusual for Intel to ask Qualcomm if it can make its chips, or have the same conversation with Apple. 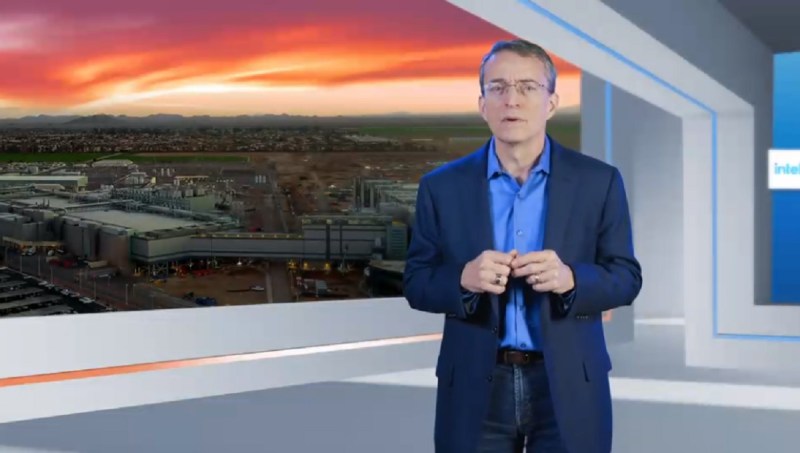 Above: Pat Gelsinger is CEO of Intel

Intel Foundry Services will be a new business unit, headed by Randhir Thakur, who will report to Gelsinger, and the two new factories service the foundry business will be built in Arizona. It will create 3,000 tech jobs, 3,000 construction jobs, and 15,000 other jobs as well. Intel will put as much as $20 billion into the two factories. The foundry will primarily serve customers in the U.S. and European markets. In response to a question from VentureBeat, Gelsinger said that Intel isn’t yet saying which manufacturing node the Arizona plants will start with.

From 2019 to 2021, Intel is spending $33.5 billion on capital expenditures and $27 billion in research and development, resulting in the creation of 25,000 jobs. Intel is competing now to become a domestic foundry for the U.S. government. Intel has a new research collaboration with IBM.

“We are setting a course for a new era of innovation and product leadership at Intel,” said Gelsinger, in a livestream event. “Intel is the only company with the depth and breadth of software, silicon and platforms, packaging, and process with at-scale manufacturing customers can depend on for their next-generation innovations. IDM 2.0 is an elegant strategy that only Intel can deliver – and it’s a winning formula. We will use it to design the best products and manufacture them in the best way possible for every category we compete in.”

Above: Intel CEO Pat Gelsinger is invest $20 billion in new factories in Arizona.

Gelsinger said the company’s 7-nanometer development (where the distance between circuits is seven billionths of a meter) is progressing well, driven by increased use of extreme ultraviolet lithography (EUV) in a rearchitected, simplified process flow.

Intel expects to start making its first 7-nm client central processing unit (CPU, code-named Meteor Lake) in the second quarter of this year. Gelsinger said the new moves will provide the increased flexibility and scale needed to optimize Intel’s roadmaps for cost, performance, schedule, and supply. Intel will try to move to a yearly cadence of manufacturing updates to be more competitive, Gelsinger said.

On top of that, Intel will benefit from a longer life for its factories, which become obsolete quickly normally. But with a foundry business, Intel can generate revenues from older factories by having foundry customers buy chips from Intel’s older factories, Gelsinger said.

Intel will also bring back the Intel Developer Forum as a live event in San Francisco in October. Intel will make chips based on a variety of architectures, including x86, Arm, and RISC-V designs. For the first quarter, Gelsinger said Intel expects to exceed its earnings and revenue targets. For the full year, Intel expects to earn $4.55 a share in net income on revenues of $75 billion for the year.

Intel has tried to launch a foundry business before, but it wasn’t successful in that business.

“There are strong winds for expanding and accelerating the role of semiconductors,” Gelsinger said.

Patrick Moorhead, an analyst at Moor Insights & Strategy, said in a message, “Overall, Intel CEO Pat Gelsinger’s disclosure gave me many reasons to believe Intel is ‘back’ if the company can execute its plans. First off, I appreciated the honest self-deprecation related to previously missing 10nm schedules and having to push out 7nm recently. I have become more confident with Intel’s 7nm plans given its increased use of EUV which simplifies manufacturing simplicity and efficiency when it is released. I especially like the use of Samsung and TSMC as what I consider gap fillers for some of the highest performance CPU tiles, an area of intense competitive pressure, until the company gets its process house more density and power competitive.”