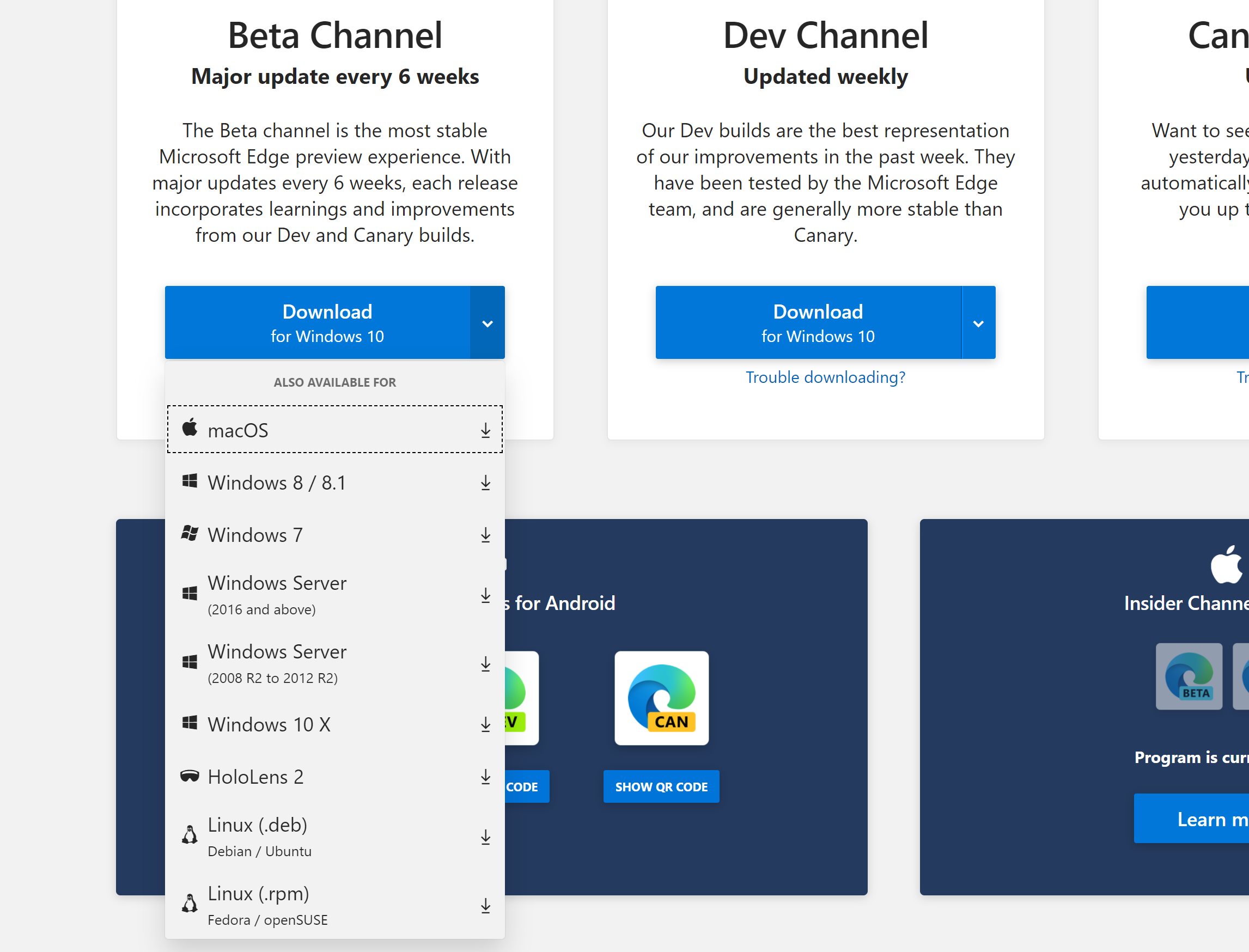 The migration from EdgeHTML to Chromium allowed Microsoft to turn Microsoft Edge into a cross-platform browser, essentially making it available on more operating systems than just Windows 10.

This is how Microsoft Edge can now be downloaded not only on Windows 10, but also on Windows 7, Windows 8, Windows 8.1, macOS, and Linux, with all versions using the Chromium engine, the same one powering Google Chrome as well.

On Linux, however, Microsoft Edge has until now been available only as part of the Dev channel, as Microsoft said it needs more time to bring the stable version of the browser to this operating system.

And this week the company has made one major step towards this goal, as Microsoft Edge for Linux made its way to the beta channel, essentially moving closer to the moment the stable version would go live.

Needless to say, no details are available right now as to when Microsoft plans to release the stable version of Microsoft Edge for Linux, but I’m hearing this is projected to happen later this year, with the software giant expected to share more information, including possibly a confirmation of this schedule, at the Build developer conference.

Edge for Linux now in Dev and Beta

In the meantime, the beta build offers the most stable experience for Linux users, as it’s being updated every six weeks. According to Microsoft’s release schedule, this is how Microsoft Edge channels are currently updated:

For the time being, Microsoft is yet to officially announce the beta version of Microsoft Edge for Linux, but expect the company to share additional information rather sooner than later.

You can find all Microsoft Edge versions for Windows, Linux, and Mac here.