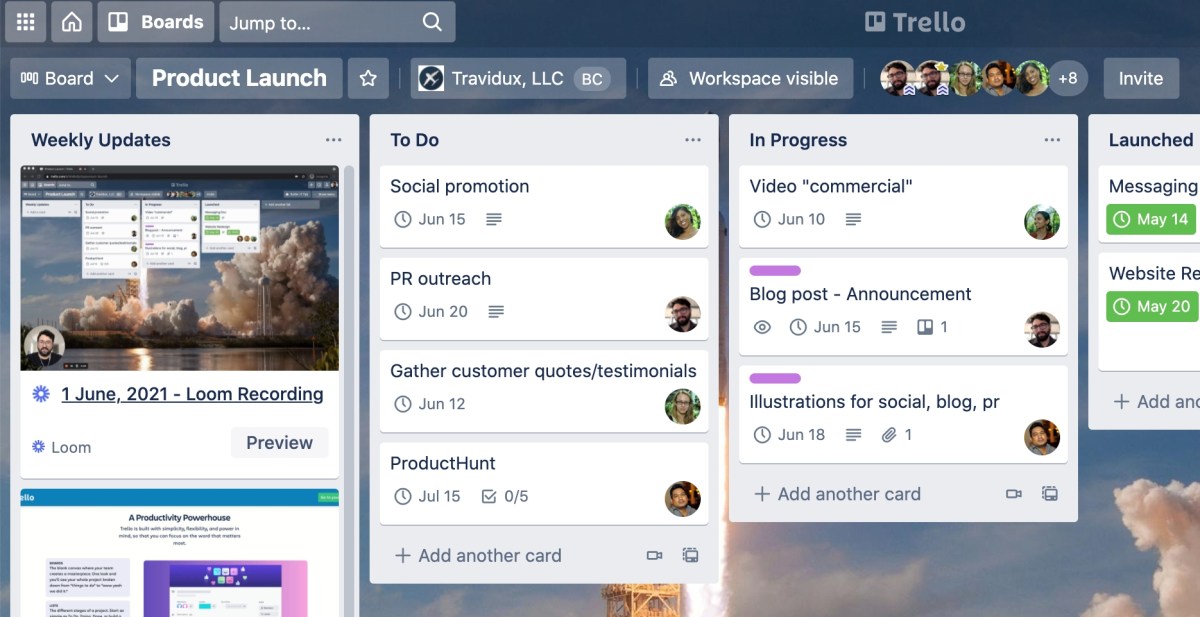 Freshly minted enterprise video unicorn Loom has launched a public beta of an all-new software developer kit (SDK), allowing any business to add a Loom-powered video record button to their own applications. This follows the private beta it launched two months ago.

The San Francisco-based company, which secured a fresh $130 million in funding at a $1.5 billion valuation last month, has been on a tear over the past year, driven by the world’s rapid transition to remote work. Asynchronous communication is often cited as one of the core building blocks of a successful distributed workforce, enabling teams spread across multiple locations and time zones to stay connected without having to be online at the same time.

Loom allows users to record quick videos of their screen alongside a video of themselves describing what’s going on, while a drawing tool enables them to illustrate or highlight items on their screen.

“Because it’s recorded instead of live, teams can consume looms in their own time,” Loom CTO and cofounder Vinay Hiremath told VentureBeat. “All that internal, often text-based knowledge that got trapped in email or lost in meeting notes, is instantly documented and accessible so other people or teams in the organization can benefit whenever is convenient for them.”

Above: Loom in action.

While email is perhaps the most pervasive example of “async communications” in the workplace, video messaging adds a much-needed extra dimension, one that allows individuals to explain and demonstrate things visually without having to jump on a live call. It’s why newcomers such as Supernormal have managed to gain traction, bringing AI-powered video messaging to users at companies such as Spotify and GitHub, while GitHub itself recently introduced a new feature that allows developers to upload videos to help demonstrate bugs or new features.

Loom said that its daily active users (DAUs) increased ninefold and revenue rose 1,100% over the past year, as businesses adapted to the so-called “new normal” while striving to minimize their live video chats.

“Customers have expressed that Loom helps combat Zoom fatigue and helps avoid really long email chains that are hard to decipher,” Hiremath said. “Loom empowers higher fidelity communication that we all crave as humans and, frankly, need in order to explain anything nuanced about work.”

Loom actually launched its first SDK (“embedSDK”) way back in February 2020, allowing users to insert Loom videos inside an app by simply copy/pasting a Loom link that unfurls the original video. However, the new loomSDK will serve as the umbrella for a suite of new SDKs, including recording (“recordSDK”) and embedding.

“Together, the recordSDK and embedSDK allow users to complete the core Loom workflow in a third-party app from recording, previewing, embedding, to interacting with looms,” Hiremath explained.

In its five years in business, Loom has amassed a fairly impressive roster of enterprise clients, including HubSpot, Netflix, JLL, Juniper Networks, and Atlassian. The last of these companies is also one of Loom’s inaugural SDK customers, as Atlassian announced today that it’s adding video messaging to its task-management app Trello; Linear, a project management tool and issue tracker for software developers, is also among the beta customers.

Using the SDK, Atlassian is allowing Trello users to record, insert, embed, and view Loom videos directly within Trello on the web.

Above: Trello is one of the first companies to use Loom’s SDK.

The core functionality this enables is already possible, of course, by using Trello together with the Loom. But by integrating Loom into the company’s own web app, this bypasses the need to download any separate Chrome extension or desktop / mobile app and lets users benefit from Loom without switching from their current view.

“There’s no shortage of work apps people use to get work done — we’re acutely aware of that,” Hiremath said. “So how we introduce Loom to new users — as not just another thing to add to the stack, but something that is ridiculously easy to use and adds value immediately — is incredibly important. Our SDK is an intentional move to bring video messaging to all knowledge workers through applications they are already using.”

Show me the money

So, what does all this cost? According to Loom, the SDK is entirely free, and includes all the storage and infrastructure required for companies. As you might expect, though, it’s ultimately designed to attract more people to the Loom ecosystem.

Anyone using the Loom record feature for the first time through an app that uses the loomSDK are given five free recordings without having to do anything, after which they are prompted to sign up to Loom’s (free) starter plan which permits 100 free video recordings per month. And obviously once they are on the starter plan, it then becomes easier for Loom to tease them onto its paid business or enterprise plan.

In tandem, Loom is also piloting a paid SDK for bigger businesses that need additional or special features. Aptly named the enterpriseSDK, it’s a work-in-progress that will evolve based on feedback Loom receives, but it will likely involve unlimited recording and videos, as well as “advanced video management” functionalities, according to Hiremath. “We’re looking to learn from partners to offer an SDK that suits the needs of the enterprise,” he said.

Although the loomSDK is limited to web applications for now, Loom said that it’s working to support Electron, a framework for developing desktop applications using web technologies, meaning that developers will soon be able to integrate the Loom platform into native desktop apps built on Electron.

The Loom SDK won’t be available to all developers at first, and it will be rolling out gradually over time based on applications it receives. Over time, Loom will also introduce support for additional functionality including analytics, similar to what is already available through Loom directly. This will include video engagement metrics, such as how many people watched the video and how much of it they watched, while companies can drill down into the specific video segments to see which parts garnered the most attention.

“Extracting these types of insights across all videos is critical to understanding impact today,” Hiremath added. “We also foresee partners wanting this information to know how to rank Loom content in their search bar, or to use these insights to drive actions within their own platforms. Imagine a Loom integration in Outreach (a sales engagement platform) that pulls in the engagement on the video and triggers various follow-up emails based on what parts of a video are watched? We see endless opportunities to marry the advanced engagement insights within a Loom, with the capabilities of our partners’ platforms.”