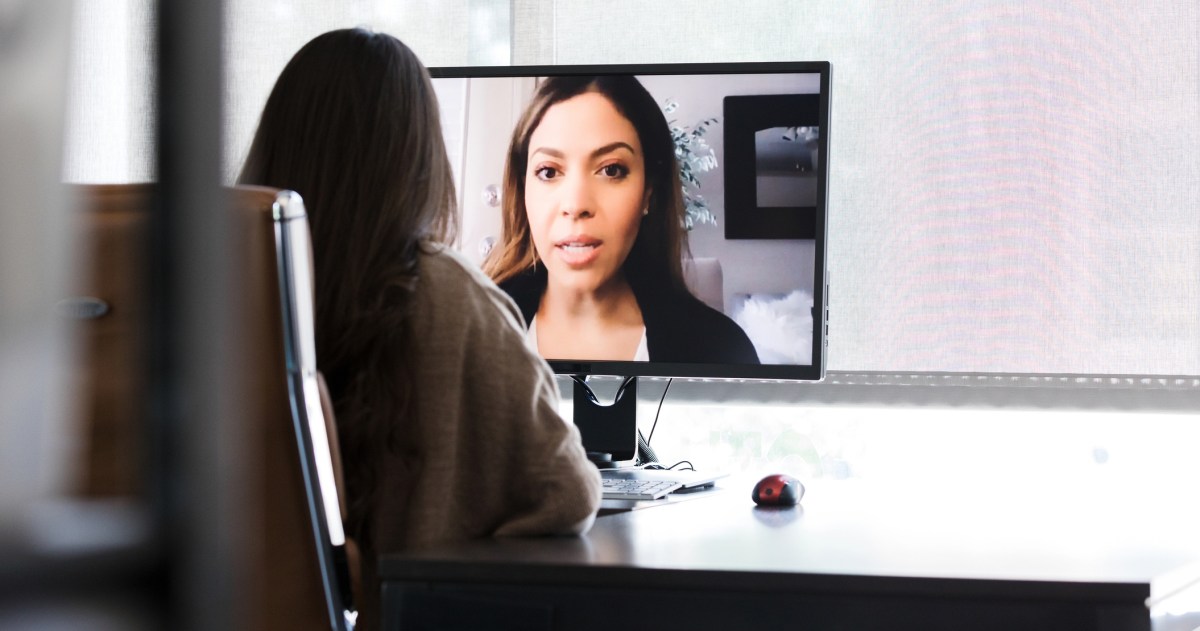 The last year and a half has been filled with video chats, video chats, and more video chats. But while nearly every desk worker will tell you they’ve lived inside Zoom all this time, another type of video collaboration has been sneaking up in the background: asynchronous video.

Asynchronous video refers to video collaboration that doesn’t happen in real time —– rather, you send a video message to a colleague to explain something too nuanced for email, and they can respond at their leisure. Since this method wasn’t the subject of memes or an endless barrage of think pieces, it was easy to miss if not already using it yourself. But companies have been boosting their asynchronous video offerings and experiencing more interest than ever before. Asana, for example, added asynchronous video to its platform, and Supernormal launched to combine the video method with AI. Loom, which has long been in the space, released a software developer kit (SDK) to allow any business to add a Loom-powered video record button to its own applications. The company also said its daily active users (DAUs) increased ninefold and revenue rose 1,100% during the pandemic.

Now Cisco is getting in the game. The software and cloud giant today announced the launch of its own asynchronous video platform, called Vidcast. The platform is the first innovation from the company’s new accelerator program, called Webex Leap, which it also announced today.

To learn more about the platform and discuss the future of video collaboration overall, VentureBeat spoke with Omar Tawakol, Cisco’s VP and GM of Webex Growth.

VentureBeat: What problem were you trying to solve with Vidcast? And what would you say are the biggest benefits of the product and asynchronous video overall?

Omar Tawakol: We couldn’t solve time travel, so we thought we’d solve time compression. Our calendars are slammed with meetings. For our remote and hybrid workforces all over the world, our calendars have to align for us to just talk. So if I’m about to do an announcement about the next reward cycle and I need feedback from folks, I have to get all my execs aligned. I might wait a week. And really the issue would’ve taken just five minutes if we all could’ve spoken in real time. So that’s one use case where instead of doing any of that, I just immediately create a video, lay out what the next reward cycle is going to be, lay out the question I need feedback on, send it out in minutes, and then start seeing responses. I didn’t have to wait a week for the meeting.

VentureBeat: What are some other scenarios Vidcast is geared toward? And what are the interactions like?

Tawakol: If we want to give a demo to an important customer, for example, and there’s a particular sales engineer and a particular product person who are really good, we need them on that call. But they’re on these two or three other calls, and this one’s in that time zone, and you’re waiting, you know, days. And then the customer isn’t available at that time. So what you can do now is record a beautiful screen demo that captures the best sales engineer and best product person and share it with a salesperson, and then they can comment on it really quickly. And then you can do another interaction. And you didn’t have to kill the customer with PowerPoint.

And let me show you another. This is an actual video somebody at Cisco created about a new hire orientation program they’re rolling out and wanted feedback on. Without Vidcast, they would’ve had to wait for a whole bunch of busy executives to come into the meeting, two or three execs wouldn’t have been there, they would’ve had multiple versions of it, and they’d have to do it again after they incorporate feedback. But what Anna did here was just literally create this video. But what’s really interesting about our product is it plays by default at 1.2x speed. It’s not too fast — we tested this out, and we’re going to continue to test it out. And you’ll also notice she created a bunch of chapters, so I just skipped straight to the section I wanted. I can write a comment back to her, I can skip to what other people reacted to, I can turn on closed captions, and I can read it in silent mode. So everything about this is to get to the theme of what we call better than real-time short videos, where you can hear the video faster than the real time it’s recorded in. Everything we’re doing is really about collapsing time and making the collaboration experience better than the real-time experience itself.

VentureBeat: So do you envision the product as an alternative to tools like Zoom, Google Meet, and Microsoft Teams? Or more as a supplement?

Tawakol: Definitely a supplement. I’m going to do all hands once a quarter, right. But what if I needed to do really quick things with my team. For example, I can message my team and say, “Hey folks, we’ve selected the new place for our new offsite. It’s going to be here in Cabo and be a two-day offsite. I want you [to note] in the comments if you can make it the first week of September or the last week of September. And I’m going to post the agenda for you in the comments. I’d love to hear from you in the next five hours.”

VentureBeat: I see the benefit, especially for things that are hard to explain over email and when it’s too nuanced and you need to give some context. But that example is a quick announcement that could have been easily typed and sent over email in a few sentences. Do you also see a benefit in doing it over video in that it’s more personal?

Tawakol: Yes. And one of the things I really want to emphasize here is that if you think about what we’re aiming for, Twitter didn’t try to give you all these fancy blogging tools. They actually subtracted and tried to keep it small. They put a limit on the number of characters, said don’t overthink it, and [made] it easy for people to scroll through a feed. Snapchat made pictures disappear. And Apple originally removed the keyboard. That’s what we’re trying to do here — we’re trying to make it very fast for people to create, consume, and react.

VentureBeat: I’m glad you mentioned Snapchat because with the ability to add reactions, emojis, and filters, it feels a bit more casual, like Snapchat or Instagram stories. Were you looking to those as inspiration? Was it part of the vision to more closely resemble a social video chat tool more so than an enterprise tool?

Tawakol: Jeetu Patel, who came into the collaboration and security business a year ago, is a big fan of “consumerized enterprise,” meaning that you make the product simple, beautiful, fast to use, easy to engage in, and viral. The same users spend so much time in consumer applications, and they expect to see the beauty they’re used to. So yes, we’re definitely inspired by a more consumer approach, even though it’s squarely in the enterprise.

VentureBeat: Other companies, including Loom, Asana, and Supernormal, have asynchronous video product offerings as well. What’s different about Vidcast?

Tawakol: If you looked at the percentage of humanity who knows about Loom or some of the other companies you mentioned, that’s probably a tenth or a millionth percent of humanity. Yet everybody knows about meetings. So our real competition is meetings. We want for you to fork over a little bit of your time for things that were unnecessarily done in meetings and now are done in this, and that market is wide open. We’re really just focused on a few use cases like sales demos, tutorials, orientation, and managerial announcements. So very few use cases, not chock full of features. We’re not trying to be like the horizontal of horizontal. I almost don’t think of them as much as the competition.

VentureBeat: Real-time video tools obviously exploded during the pandemic — and not just in usage, but in our cultural perception of communication too. “Zoom” is now a verb just like “Google,” and there have been countless think pieces on Zoom burnout, Zoom etiquette, and everything in between. But there has been a sharp rise in asynchronous video usage too. So why do you think the bulk of attention has been on real-time video platforms?

Tawakol: This is how disruptive innovations work. When I was in the ad industry, I’ll never forget when we were talking about data-driven advertising online. I’d walk into CNN, Disney, and a bunch of these companies, and the guys who ran the sales teams were like, “Dude, we make billions of dollars on TV. This internet ad thing is an ankle biter.” What they didn’t realize is, you’d fast-forward a few years and internet advertising would be bigger than TV. Asynchronous video is going to become a large, large category. And I can’t tell you 100% that it’s going to be us, but I can tell you somebody is going to crack this nut.

VentureBeat: Where do you see innovation in this space going? What do you think we’ll see happen over the next few years?

Tawakol: The space is on fire. For me, the whole idea of what we’re doing with Vidcast and the incubator is to experiment with innovations that don’t fit into our existing products — even ones that could actually even cannibalize our existing products. I think another trend you’ll see is this idea of “better than real time” and what you can do to augment a digital stream that you couldn’t do in person. You can add closed captions, translate, do those things in other languages in real time in your voice. And there are so many ways to use AI to augment the things that we create so they’re actually better than the original that was created.