Artificial intelligence vs. neurophysiology: Why the difference matters 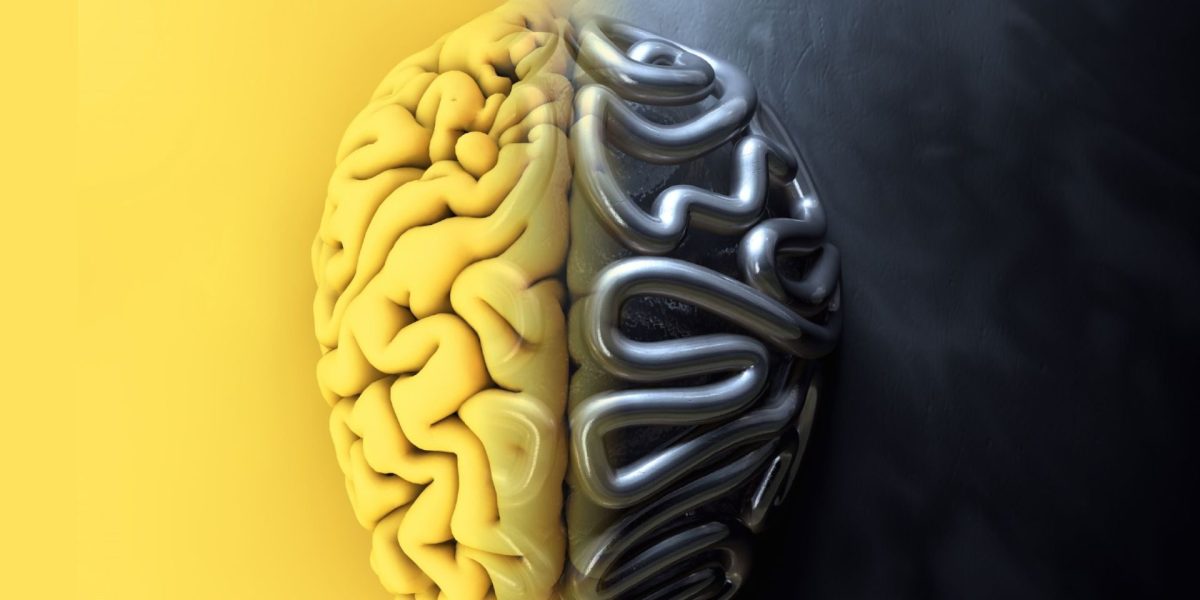 On the temple of Apollo in Delphi (Greece), it was written: “Cognosce te Ipsum” (Know thy self). It is important to remember these words for everyone who wants to create artificial intelligence.

In the previous article, after analyzing the minimum response time to a simple incoming signal, we found that the human brain with a high degree of probability may turn out to be a binary system, consisting of two functional schemes of response to excitation: reflex and intellectual.

In this article, we will talk about the first, the reflex part. Together, we will try to find out how similar a reflex response scheme really is to an algorithm and how this might affect the future of artificial intelligence.

Similar does not mean exactly the same

What is the difference?

In popular science films, a nerve impulse is presented as a kind of signal that travels through nerve cells like wires. We perceive this as a biological analogy for an electrical impulse.

In fact, this is not at all the case. A nerve impulse is a sharp movement of sodium and potassium ions across the outer membrane of a neuron using potential-dependent ion channels. This process can be compared to the successive falling of a track of cards or dominoes. After each nerve impulse, the neuron must return the ions back to their original positions. In our example, this is how to build a track from cards or dominoes again.

Nerve impulse is hard work. It is important that, in its deep physical essence, a nerve impulse is rather a mechanical work, and not an electrical signal at all, as many think.

This severely limits the rate of signal transmission in biological tissues. The signal travels along non-myelinated small-diameter fibers at a speed of only one meter per second. It is like a slow walk. For larger myelinated fibers, the speed increases to 45-60 kilometers per hour. And only for some large fibers with a thick myelin sheath and special interceptions of Ranvier, the speed reaches 200-300 km per hour.

All this suggests that the nerve impulse itself is already the result of serious effort, which simply must arrive somewhere at the end of the path.

The computer algorithm is of a completely different nature

The algorithms that work in computers are powered by sequences of voltage drops or machine code, consisting of conventional ones and zeros.

In addition to speed and physical essence, there is a long series of important differences between reflex and algorithm. A nerve impulse or reflex is an inevitable response, and an algorithm is a sum of rules, or a set of instructions designed to solve a specific problem.

In other words, the reflex can be wrong, but cannot be silent, and the algorithm, on the contrary, as a rule, does not make mistakes, but may not give an answer if the instruction contained in it cannot be executed.

The reflex knows the answer even before the task, and the algorithm learns the answer only after completing all the necessary steps.

Imagine a simple problem to find the value of X in the formula 1 + X + 3 = 6. The algorithm will do this: first 6-1 = 5, then 5-3 = 2, so X = 2. The reflex will immediately answer X = 2. True, this will happen only if the reflex has already encountered such a situation and has empirically found out that answers 1 and 3 are incorrect.

And for the reflex, nothing has changed, reflex will just answer X = 2, and Y = 3 if reflex has already met such a task before. If not, then reflex will still answer, but most likely with an error.

The answer lies in the energy cost of the nerve impulse process. Signal movement in the human nervous system, a very energy-intensive process for which it is first necessary to create a membrane potential (up to 90 mV) on the surface of a neuron, and then sharply shift it, thereby generating a wave of depolarization. At the moment of a nerve impulse, ions quickly move through the membrane, after which the nerve cell must return sodium and potassium ions to their original positions. For this, special molecular pumps (sodium-potassium adenosine triphosphatases) must work.

All this forces nature to save the resources of the nervous system as much as possible.

To solve one single simple functional task, the nervous system needs about 100 compactly located neurons. Sea anemones (a class of coral polyps) have such a simple nervous system (100 neurons), which can reproduce (repeat) the original orientation of the body if they are transferred from one place to another.

Additional tasks and functions require an increase in the power of the nervous system, which inevitably leads to an increase in the grouping of involved neurons. As a result, hundreds and thousands of voracious nerve cells are needed.

But nature knows how to find solutions even when it seems nothing can be invented. If the work of the nervous system is so expensive, then it is not necessary to obtain the correct answer at such a high price.

It is just cheaper to be wrong.

On the other hand, a mistake is worthless to nature. If the organism is often mistaken, it simply dies, and the one who gives the correct answers takes its place. Even if such answers are the result of a fluke. Figuratively speaking, everything is simple in nature — only those who have given the correct answer live.

This suggests that the work of the nervous system is only superficially similar to the algorithm. In fact, there is no computation at the heart of its work, but a reflex or simple repetition of stereotyped decisions based on memory.

The nature and nervous system of any living organism on our planet simply juggle with pre-written cribs in the form of various memory mechanisms, but outwardly it looks like a computational activity.

In other words, trying to beat the reflex with a computational algorithm is like trying to play fair against a card sharper.

In living nature, the brain is an extremely expensive commodity. Therefore, its operation is based on a simple but cheap reflex, and not an accurate but expensive algorithm. With this method, a small number of neurons solve very complex problems associated, for example, with orientation. The secret is that the biological nervous system does not actually calculate anything, it just remembers the correct answer. Over billions of years of evolution and a period of one’s own life, a universal set of solutions has been created that were previously successful. And if not, then it is not scary to be wrong. This allows even small and primitive nervous systems to simultaneously respond to stimuli and maintain automatic functions such as muscle tone, breathing, digestion, and blood circulation.

Algorithms lose before the competition starts

All this suggests that trying to create AI based on existing computational algorithms, we will fundamentally lose to nature, even in examples of simple non-intellectual activities associated, for example, with movement. Our electronic devices will be accurate, but very energy-intensive and, as a result, completely inefficient.

While in nature there are amazingly simple nervous systems that perfectly cope with the task of dynamic maneuvering. For example, nurse sharks (which weigh up to 110 kilograms and can attack humans), the brain weighs only 8 grams, and the entire nervous system, together with all the fibers of the peripheral section, a little more than 250 grams.

The first thing we need to create real artificial intelligence is electronic systems that work on the principles of a biological reflex arc, i.e., biological algorithms with zero discreteness.

It is interesting that the structural block diagrams of biological algorithms existed at the end of the last century, but due to the obscure zero discreteness, they have remained exotic. The only exception was evolutionary algorithms, which formed the basis for evolutionary modeling in the field of computational intelligence.

Biology teaches us that in real life it is not the one who makes mistakes that loses, but the one who does not save resources.

But this is only part of the problem, the solution of which will make it possible to create relatively simple artificial systems capable of controlling movement and fine motor skills.

To develop real artificial intelligence applicable in real life, we will have to figure out how the second, the intellectual scheme of the human brain, works.

Dr. Oleksandr Kostikov is a medical doctor by education based in Canada. He is working on a new theoretical concept about the nature of intelligence that also aims to create a completely new and unusual type of artificial intelligence.