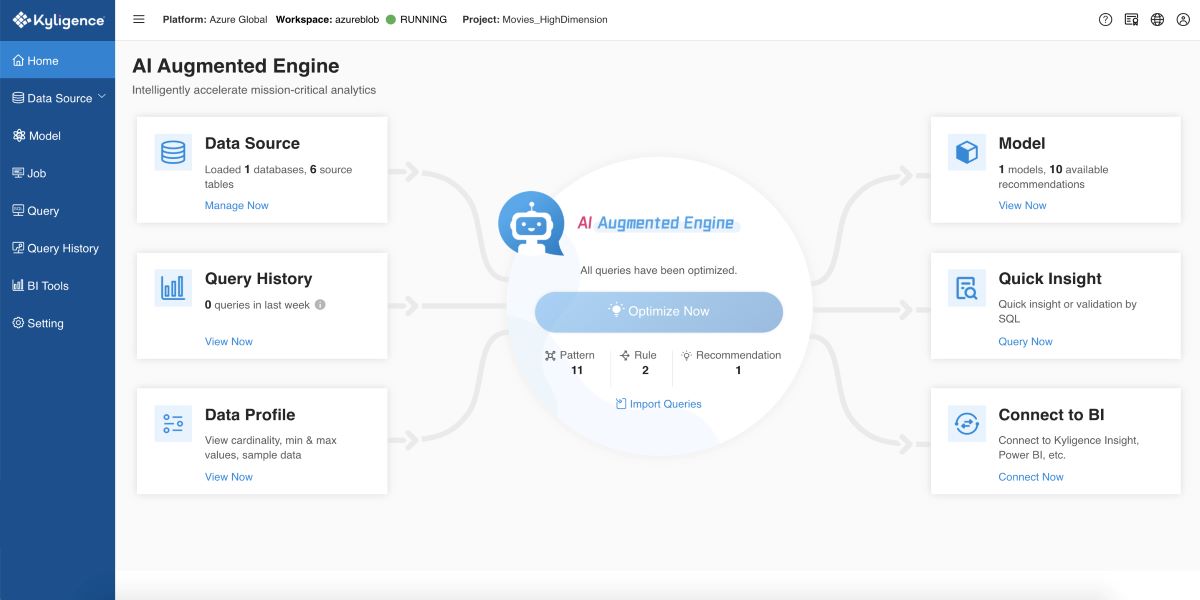 Kyligence today announced it has updated its analytics platform to include support for the open source ClickHouse online analytics process (OLAP) engine based on a columnar architecture commonly used in a wide range of applications.

Version 4.5 of Kyligence Cloud extends the existing analytics capability of the platform beyond the OLAP capabilities provided by Apache Kylin, an open source OLAP database designed specifically for Hadoop and the in-memory Spark framework. eBay contributed the Apache Kyline OLAP engine to the Apache Software Foundation after initially developing it at eBay’s China Center of Excellence (CCOE) in Shanghai.

In addition to adding support for ClickHouse, Kyligence is also adding support for its low latency, real-time query engine that eliminates the need for separate analytics platforms to launch ad-hoc and historical queries. At the same time, it extends its semantic layer via application programming interfaces to enable users of Microsoft Power BI to launch queries from within the business intelligence (BI) application.

Kyligence makes extensive use of machine learning algorithms and other forms of AI to automate the management of the platform, said Li Kang, head of North America operations for Kyligence. “It’s AI augmented,” he said.

That approach reduces the amount of IT expertise required to deploy and maintain a Big Data analytics platform. One of the primary hurdles organizations face today is that maintaining such a platform requires too much specialized IT expertise to deploy, Kang said. The AI capabilities embedded with Kyligence Cloud make Big Data analytics accessible at a much lower total cost, he added.

That platform can then be simultaneously accessed using a familiar OLAP construct or alternatively via the REST APIs the company has exposed. The goal is to create an integrated analytics platform that can flexibly pull data from multiple sources that can be queried using SQL or MDX, a query language specifically optimized to run complex queries across multiple OLAP engines.

As the amount of data organizations need to analyze continues to exponentially increase, a battle among providers of analytics platforms has erupted that is attracting massive amounts of investment capital. Investors are betting that platform providers such as Kyligence will usurp a wide range of legacy platforms spanning everything from data warehouses to OLAP tools that were historically deployed in on-premises IT environments.

In general, analytics platforms are being shifted to the cloud to take advantage of lower storage costs as organizations start collecting terabytes of data that will in most cases eventually become petabytes of data. The challenge is that all this data comes in different forms that lend themselves to being analyzed and stored in different formats. To avoid having to acquire an analytics platform for each type of data, platforms that aggregate multiple engines to optimally analyze data are now starting to emerge.