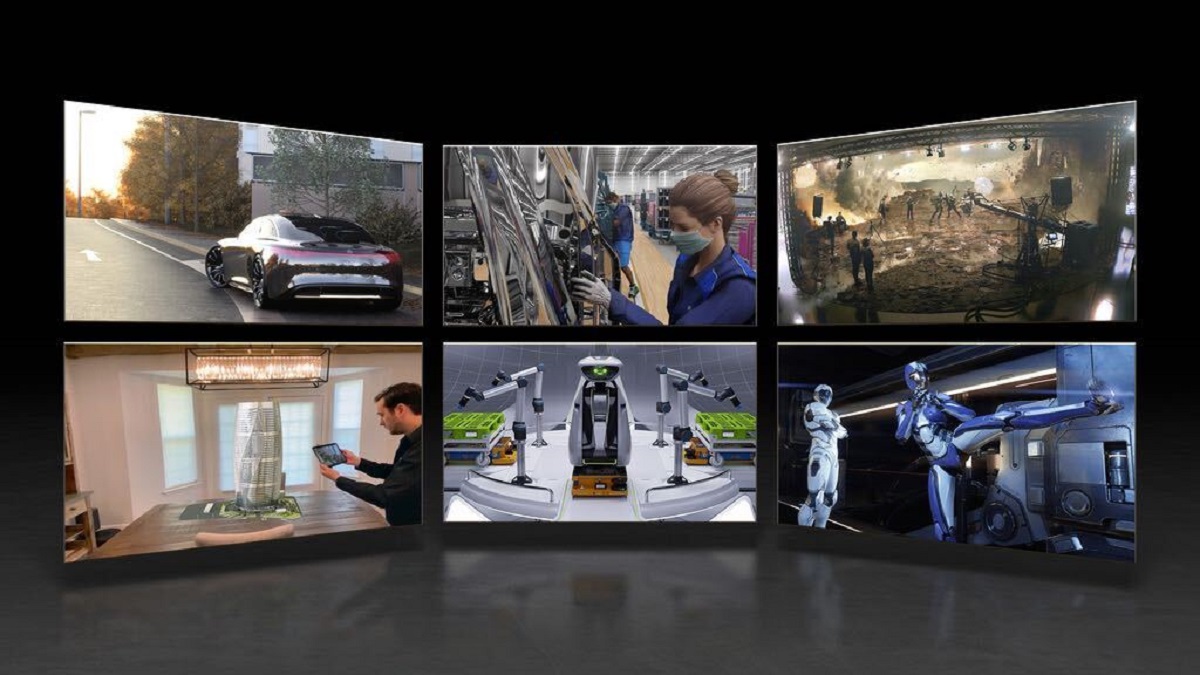 Nvidia has billed its Omniverse as a “metaverse for engineers,” and it has grown to more than 50,000 users. But now it hopes to dramatically expand the base with the addition of the millions of Blender users who use a simple tool to create 3D imagery.

At the online Siggraph visual computing event, Nvidia announced it is launching a major expansion of the Omniverse, the simulation and collaboration platform that is delivering the foundation of the metaverse, the universe of virtual worlds that are all interconnected, like in novels such as Snow Crash and Ready Player One.

“Everybody’s favorite buzzword now is the metaverse,” said Richard Kerris, vice president of the Omniverse development platform at Nvidia, in an interview with GamesBeat. “In reality, the metaverse has been around. It just hasn’t been very well connected. But the metaverse describes virtual worlds. And much the same way the universe describes the planets that are in the universe, there will be more and more content in these virtual worlds. There will be exchanges, market economics, and other things in the virtual world, and Omniverse is designed to be the connector of these worlds.” 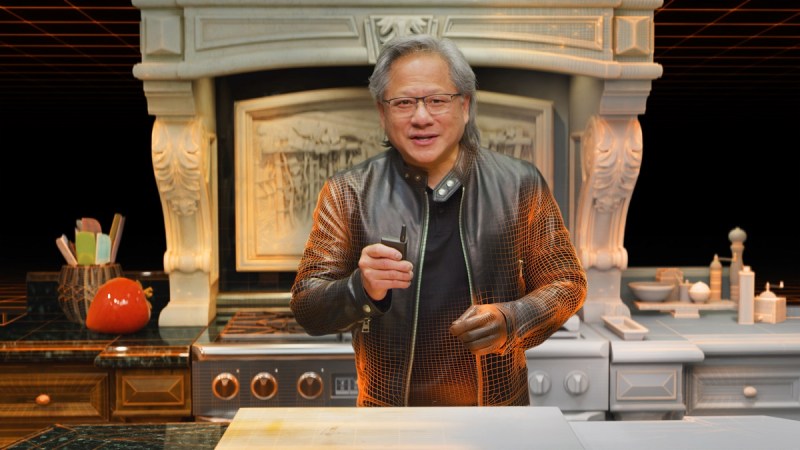 Above: Jensen Huang is CEO of Nvidia. He gave a virtual keynote at the recent GTC event.

Professionals at over 500 companies, including SHoP Architects, South Park, and Lockheed Martin, are evaluating the platform. Since the launch of its open beta in December, Omniverse has been downloaded by over 50,000 individual creators.

While engineers are finding the Omniverse useful for designing products, Nvidia wants to widen the ability to work in the Omniverse to just about anyone who can create 3D images.

“With over three million users of Blender out there, free and open-source 3D software packages are really gaining momentum at an unprecedented rate,” Kerris said. “We’re thrilled that we’re going to be able to bring this platform and our technologies to this growing community that’s out there.” 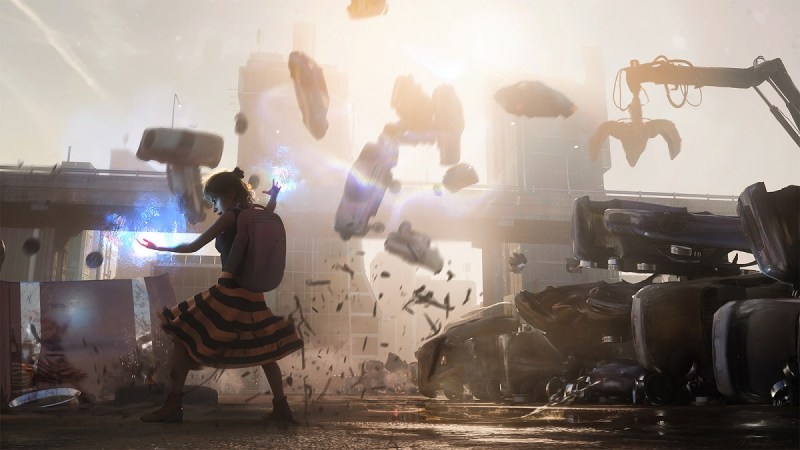 Above: Blender has more than three million users.

Blender is the world’s leading open-source 3D animation tool, and it will now have Universal Scene Description (USD) support, enabling artists to access Omniverse production pipelines. USD was originally created by Pixar for its films to enable digital tools to be used together to create and share 3D imagery.

“We based Omniverse on USD, which for the first time takes the complexities of a very challenging 3D environment and standardizes on them for the description of that 3D,” Kerris said. “And although it started from Pixar, it’s quickly been adopted across multiple industries. We’re seeing architectural software now supporting USD and manufacturing and entertainment as well.”

In addition, Adobe is collaborating with Nvidia on a Substance 3D plugin that will bring Substance Material support to Omniverse, unlocking
new material editing capabilities for Omniverse and Substance 3D users. This will make materials for various objects look much more realistic, Kerris said. 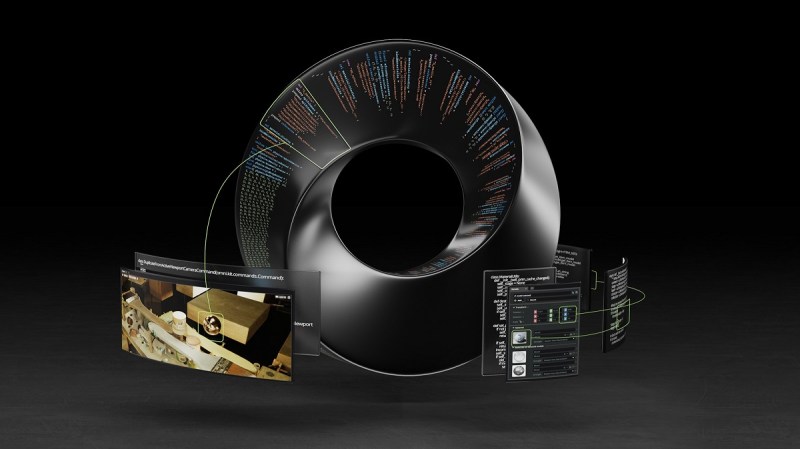 Above: Blender can bring millions of open source users to the Omniverse.

“This is a physically based uber material shader for rendering very complex surfaces,” Kerris said. “The Omni Surface Material Shader will be able to dial in the imperfect scenarios. It’s really about those kinds of elements and surfaces, that in order to be believable, are not perfect.”

He said that Nvidia Omniverse makes it possible for designers, artists, and reviewers to work together in real time across leading software applications in a shared virtual world from anywhere. Kerris said that Nvidia is taking input from developers, partners, and customers, and it’s advancing the platform so that everyone from individuals to large enterprises can work with others to build amazing virtual worlds that look, feel and behave just as the physical world does.

Nvidia defines the metaverse is an immersive and connected shared virtual world. In it, artists can create one-of-a-kind digital scenes,  architects can create beautiful buildings, and engineers can design new products for homes. These creations — often called digital twins — can then be taken into the physical world after they have been perfected in the digital world.

“When all the dust settles, there really will be a metaverse of all these virtual worlds,” Kerris said. “And there will be a number of things that drive it on entertainment, which is fun. But really what I think is going to gain traction is when major companies, the BMWs, and others out there, standardize on virtual worlds in a digital twin environment. That is part of the metaverse and it is part of their business that’s going to be the revolution that really transforms things.”

Jon Peddie, an analyst at Jon Peddie Research, said in a statement that Nvidia is delivering on the promise of the metaverse by bringing a broader understanding of the needs of designers of all types and has many of the tools they can use — for free. He said t Omniverse platform has the potential to transform nearly every industry by making truly collaborative, creative innovation possible in a common virtual space for the first time. 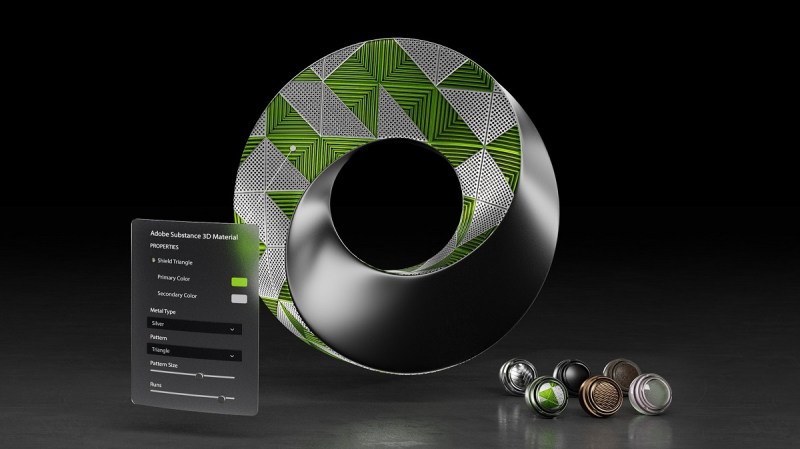 Above: Adobe and Nvidia are collaborating on a plugin for Omniverse.

Key to Omniverse’s industry adoption is Pixar’s open-source USD — the foundation of Omniverse’s collaboration and simulation platform — enabling large teams to work simultaneously across multiple software applications on a shared 3D scene. Engineers can work on the same part of the simulated imagery at the same time. The USD open standard foundation gives software partners multiple ways to extend and connect to Omniverse, whether through USD adoption and support, or building a plugin or via an Omniverse Connector.

“We came together working with Apple, and collectively put out a white paper that defined physics across the platforms,” Kerris said.

Nvidia is contributing USD and materials support in Blender 3.0 alpha USD, which will be available soon for creators.

Ton Roosendaal, chairman of the Blender Foundation, said in a statement that Nvidia’s engineering contributions to open source, such as integrating USD into Blender, are exemplary.

“The key thing about this is that it allows people to work in their different areas of expertise, even on different software packages,” Kerris said. “And if they’re connected in into Omniverse, they can work collaboratively in real time and across geographic locations, as well as taking advantage of the software technologies that we provide in that core base platform.” 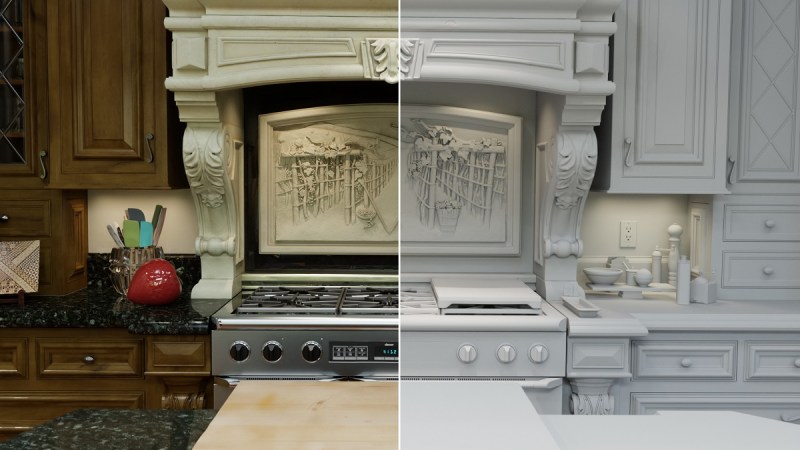 Lockheed Martin is working with Omniverse for wildfire simulation, prediction, and suppression. Its AI center of excellence has launched an initiative with Nvidia called Cognitive Mission Management to develop a strategy for emergency response and fire suppression efforts. The hope is to predict the ways that wildfires will spread based on variables like wind, moisture, and ground cover. That could be pretty useful to the communities in my part of California.

And South Park, the long-running, Emmy Award-winning animated television series, is exploring Omniverse to enable several of its artists to collaborate on scenes and optimize their insanely limited production time.

Creating digital humans is also a big effort at Nvidia as well as at companies like Epic Games. I asked if Nvidia is competing with some of its partners, such as Epic Games, in areas such as digital humans.

“We consider Epic to be one of our top partners. And we’re thrilled about the customers that have been coming into this with their workflows because, again, we don’t replace the workflows,” Kerris said. “The goal is really to connect and extend. Omniverse doesn’t replace anything in the existing spaces out there. We’re not out to compete with our partners. We are out to enhance the workflows that currently exist.”

Nvidia also has a documentary on how it created its keynote speech at the GTC event this spring — an event that was viewed by more than 20 million people.

Nvidia Omniverse Enterprise is currently in limited early access. The platform will be available later this year on a subscription basis from Nvidia’s partner network — including Asus, Boxx Technologies, Dell Technologies, HP, Lenovo, PNY, and Supermicro.