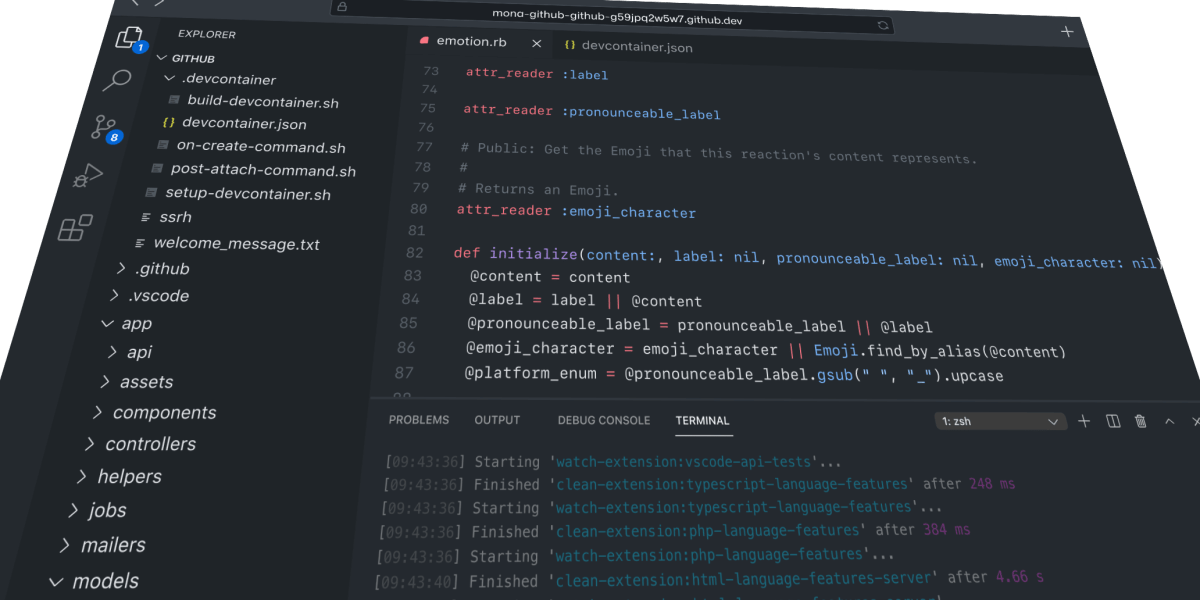 GitHub is kicking off the broader rollout of its browser-based coding environment Codespaces by extending it to GitHub Team and Enterprise (cloud) plans. The Microsoft-owned company also announced that internally it has transitioned from a “MacOS model” to Codespaces, which is now the default development environment for GitHub.com.

Codespaces constitutes a growing trend in the coding fraternity, with a growing number of platforms ditching local development environments for the speedier, more collaboration-friendly cloud. Gitpod, for example, is a browser-based open source development environment, which recently raised $13 million, while Replit recently secured $20 million for what has been touted as Google Docs for code. Elsewhere, CodeSandbox, which enables developers to create a web app development sandbox in the browser, also secured venture capital backing.

By taking coding environments to the cloud, this makes it easier for developers to join and collaborate on a project and begin coding with minimal configuration.

GitHub’s Codespaces was initially launched in “limited public beta” for individual users, and the company has confirmed that this restricted beta will continue for the timebeing alongside the broader expansion into the enterprise. What today’s news means is that all businesses on the Team or Enterprise (not including self-hosted) plans can proactively enable Codespaces in their GitHub settings, and they can now use Codespaces in all their private repositories.