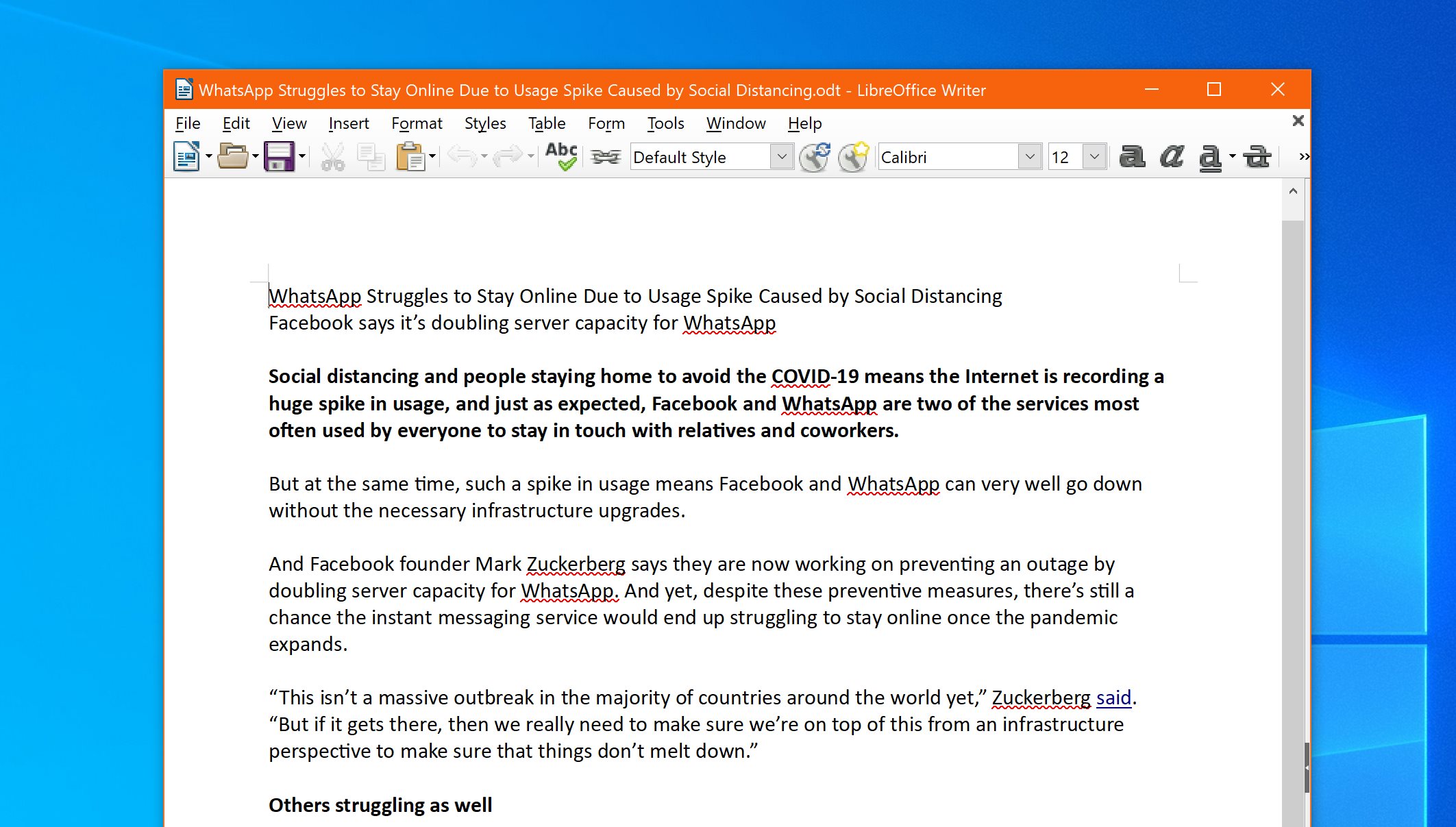 LibreOffice continues to be considered the main alternative to Microsoft Office, and the open-source license makes it one very cost-effective product for both home users and businesses.

But on the other hand, one concern when transitioning from Microsoft Office to LibreOffice is document compatibility and interoperability, something that The Document Foundation has been working around the clock on resolving.

The new version of LibreOffice is specifically supposed to address these compatibility problems and make it easier for users to make the switch from Microsoft Office.

“LibreOffice 7.2 Community adds a significant number of improvements to interoperability with legacy DOC files, and DOCX, XLSX and PPTX documents. Microsoft files are still based on the proprietary format deprecated by the ISO in April 2008, and not on the ISO approved standard, so they embed a large amount of hidden artificial complexity. This causes handling issues with LibreOffice, which defaults to a true open standard format (the OpenDocument Format),” The Document Foundation explains.

Developed based on community power

One of the most impressive things about LibreOffice is that it’s being developed with the contribution of users from all over the world, and an official announcement for version 7.2 reveals that 232 volunteers provided localizations in no less than 151 languages.

“LibreOffice 7.2 Community’s new features have been developed by 171 contributors: 70% of code commits are from 51 developers employed by three companies sitting in TDF’s Advisory Board – Collabora, Red Hat and allotropia – or other organizations (including The Document Foundation), and 30% are from 120 individual volunteers,” the organization says.

Needless to say, you can try out the new LibreOffice version right now on your device, obviously at no cost. For a full changelog of what’s new in this version, check out the box at the end of the article with additional information for each app included in the suite.

Ever since Apple officially announced Apple Silicon the last fall, developers have been in a rush to add support for the new custom-built ARM...
Read more