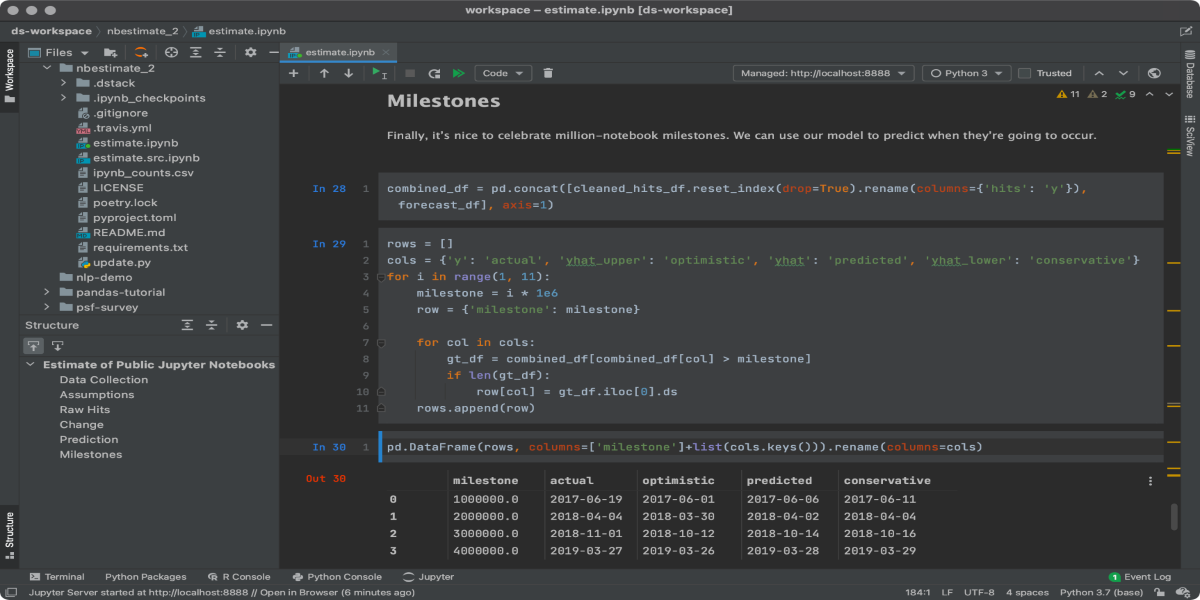 JetBrains this week revealed it has extended its family of integrated development environments (IDEs) for programming languages to include one for data scientists who use Python code to create AI models.

The goal is to boost data scientists’ overall productivity at a time when enterprise IT organizations are launching many more AI projects to either reduce costs or increase revenue within the context of a digital business transformation initiative, Cheptsov added.

JetBrains DataSpell accomplishes this goal by making it easier to navigate data without getting in the way of writing code, Cheptsov said. It also allows data scientists to switch between Command mode and Editor mode for easier manipulation of cells and their content, he noted.

JetBrains’ new IDE doesn’t replace Jupyter notebooks as much as it augments them, Cheptsov said. JetBrains DataSpell is compatible with Jupyter notebooks running on local machines, as well as remote Jupyter, JupyterHub, and JupyterLab servers, he added.

In addition to Python, JetBrains DataSpell includes basic support for the R programing language, with support for other data science languages planned.

Despite many organizations’ enthusiasm for AI, some are increasingly concerned about improving data science teams’ productivity. Many data science teams are only able to successfully deploy a small number of AI models in production environments in a year. The reason for that goes well beyond the tools employed by data scientists, but the less time spent navigating complex datasets the more time there should be to work on multiple projects. That’s critical because some large enterprises are already trying to roll out and maintain hundreds of AI models that need to be continuously updated.

As organizations of all sizes fight to attract and retain data scientist talent, the experience provided by tools could factor in alongside considerations such as salary. Many data scientists today don’t enjoy writing code as much as the average application developer might.

Regardless of the tools employed to write code, the need for more sophisticated approaches to writing code is becoming apparent as data scientists find themselves collaborating with not only each other but also developers who are being asked to embed AI models into their applications. Most of those developers routinely work within the constructs of an IDE, so JetBrains DataSpell creates an environment they will readily understand, Cheptsov said.

Of course, inertia is the biggest challenge when introducing any tool that requires behavioral change, a problem that is compounded because each data science team tends to select its own tools and define its own processes. The issue organizations will soon find themselves struggling with is defining a set of best practices for entire teams of data scientists to improve productivity without requiring every member of those teams to use the same tool in precisely the same way.