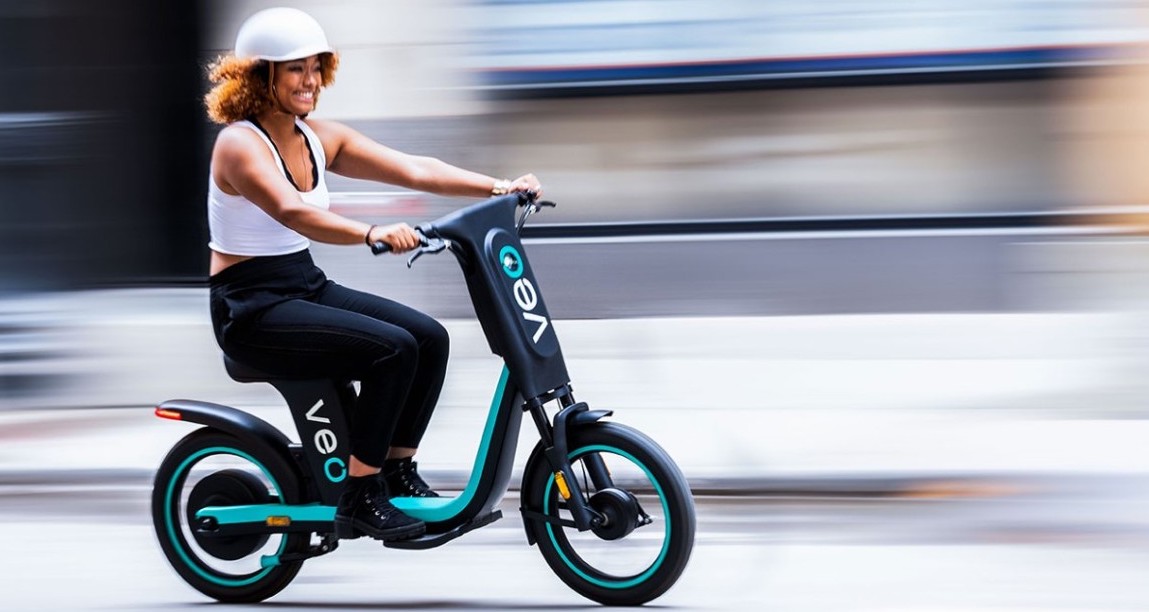 Shared micromobility arrived on the scene a few years ago with pedal bikes, e-bikes and e-scooters landing on sidewalks in markets across the country. While COVID-19 has hit many industries, studies indicate the micromobility market is here to stay and could grow to $644.5 billion by 2028.

Last month, Veo, a Chicago-based micromobility company, further cemented its place in the industry when it raised $16M in a Series A funding round led by Autotech Ventures, UP Partners, FJ Labs, and Interplay Ventures, and was one of three companies selected to participate in New York City’s e-scooter pilot program.

Edwin Tan, co-founder and president of Veo, and his co-founder, Candice Xie, have grown the company responsibly and sustainably, leading it to become the first truly profitable micromobility company. Veo’s shared-use devices are now available in over 40 U.S. cities.

“We fundamentally believe when shared micromobility is done right, with high-quality hardware and sustainable business practices, it can transform communities around the world for the better,” said Tan.

Veo may be a lesser-known brand to some, but through innovation and a disciplined business model Veo has led the pack as of late — disrupting the industry by bringing the most advanced devices to market.

While many of its competitors focus on the software, Veo focuses first on the hardware. Tan set out to develop safe, reliable, high-quality devices for a shared use that would enable Veo’s sustainable growth.

Some may say he was born for this role. His parents built a hugely successful bike manufacturing company from scratch themselves, and throughout his childhood, Tan spent countless hours at the bicycle factory, noting “I quickly became obsessed with the nuances of device design, R&D, technology, and production.”

Tan’s passion continued at Purdue University where he earned a bachelor’s degree in mechanical engineering, and then as an engineer at Trek, where he helped design and build some of the best bicycles in the world.

It’s in the details

To have the most advanced scooters and bikes on the streets and to successfully create durable, sustainable devices, Tan focuses on the minute details such as materials, fasteners, and vehicle architecture.

“The details are what I live for. Having the most advanced devices on the streets is a big part of why Veo was able to achieve profitability. As a bike engineer, it was immediately obvious to me that the off-the-shelf bikes and scooters designed and marketed for personal ownership would not be suited for shared use,” Tan added. “Quality is paramount. We had to develop our own products that would be far more durable and sustainable.”

Tan’s development team interviews bike and scooter users and collaborates with cities where they operate to identify specific local needs before ever putting a design on paper — truly unique in an industry where most companies use off-the-shelf models that are cheaper to replace than repair.

Veo devices are put through a series of 150 rigorous trials that mimic routes and experiences users would encounter on city streets. If a product fails a test, the team can iterate quickly to fix any issue.

“Our team obsesses over every feature until we get it right, and we live for the challenges that each iteration can bring,” said Tan.

Most importantly, Tan’s team has delivered on what customers seek in an e-scooter or e-bike: safety, accessibility, ease of use and sustainability.

Control for variables through vertical integration

If you’re looking to scale a product profitably, take notes. Tan’s commitment to vertical integration is key to Veo’s profitability. He says bringing all the key suppliers under Veo’s purview has resulted in more reliable, higher-quality products with a controlled price tag.

Veo’s vertically integrated manufacturing process means the company can control the entire supply chain process, from design to fabrication and finally assembly, to ensure top quality and safety. This allows for rapid iteration and easy customization based on rider feedback and requests from cities, a true differentiator from its competitors, which often source fleets of scooters from limited pre-made options.

“Establishing an in-house supply chain and manufacturing capabilities is not a simple task, which is probably why so few other micromobility companies have done so,” said Tan. “But it’s worth the effort as it allows us to be more cost effective and flexible to quickly react to changes in the market. It also creates an efficient workflow for testing prototypes, discussing issues with engineering and design, and implementing changes.”

Veo may not have the brand awareness of its competitors, but that is by design. Unlike fellow micromobility companies that drop off hundreds of vehicles overnight, which has created havoc in the streets, Veo doesn’t participate in the boom-and-bust cycle common in the industry and has a perfect track record of compliance with city regulations.

Veo says it takes a calculated approach to work with cities on a small scale to ensure success and gradually increase market share. For Veo, a successful sustainability model means governing the business’s impact on the environment and on roads, as well as innovation and manufacturing, while working hand-in-hand with city partners.

“When we launch in a new city, we become strategic partners to ensure what we’re doing actually works to create a new vital transportation service in the communities that need them most,” said Tan. “We are focused on the quality of the program over the quantity of devices on the ground. It’s our goal to create long-term relationships in the markets we serve.”

Facebook
Twitter
Pinterest
WhatsApp
Previous articleAsus Z690 motherboards spotted at Canadian retailer, will start at $223
Next articleUltra vs. High Settings in PC Games or: Why Ultra Quality Settings are Dumb