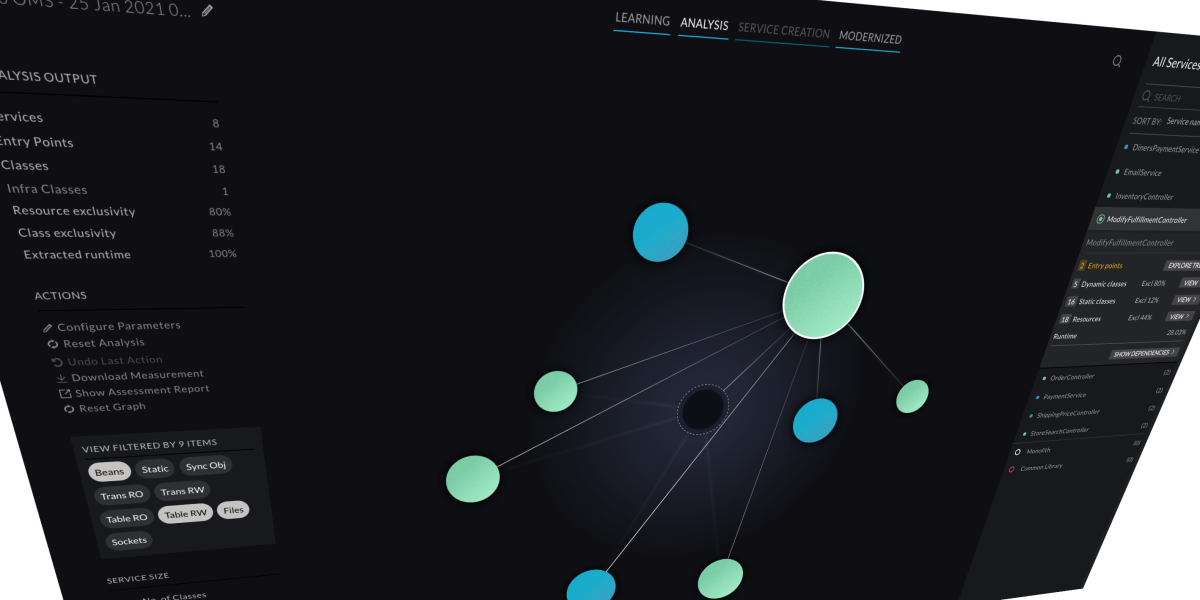 Vfunction, a company that helps enterprises transition from legacy apps to the cloud and a modern microservices architecture, has raised $26 million in a series A round of funding.

Companies such as Uber and Netflix have long transitioned from monolithic infrastructures and private datacenters to more flexible and reliable software components that connect via APIs (application programming interfaces) on the public cloud. This not only ensures that there isn’t a “single point of failure,” but by constructing applications from smaller, function-based components this makes it far easier to maintain, with individual teams or developers assuming responsibility for a single microservice.

However, making the transition from monoliths to microservices is no easy feat, which is where Vfunction is setting out to help. The Palo Alto, California-based company exited stealth back in February with $12 million in seed funding, with a self-proclaimed mission to modernize Java applications and expedite companies’ cloud migration efforts.

From monolith to micorservices

Companies have several options at their disposal when considering transitioning to the cloud. For example, they can adopt a “lift-and-shift” migration philosophy which is reasonably easy but offers little in the way of cloud benefits beyond hosting and “anywhere access” for the company’s distributed workforce. To unlock the full power of cloud computing, however, requires a fully modernized “cloud native” approach which means a total codebase overhaul — this is where Vfunction enters the mix.

“Vfunction accelerates the modernization of legacy Java applications so enterprises can gain the full benefits of the cloud for business agility, scalability, and velocity,” Vfunction CEO and cofounder Moti Rafalin told VentureBeat. “Typical customers are large enterprises undergoing a digital transformation in major verticals such as financial services, automotive, telco, media, and government.”

Since its launch eight months ago, Vfunction has split its platform into two products, including the “Vfunction management platform” and the “Vfunction application transformation engine,” and added a bunch of new features to the mix. The former is designed more for broad application estate assessments and migrations, while the latter is all about transforming Java applications to microservices.

Ultimately, Vfunction is all about breaking monoliths into microservices, automating the process of extracting microservices from existing monolithic apps. Companies deploy the Vfunction Java virtual machine (JVM) agent locally, which sends data back to Vfunction’s server for assessment by a human architect who can accept the recommended services to extract or make modifications to the architecture. The platform leverages supervised learning techniques, graph theory, and clustering algorithms to eke out redundant code or any anomaly that might prevent a clean breakdown of the application, while untethering deep dependencies.

With another $26 million in the bank from lead investors Zeev Ventures and Hewlett Packard Enterprise, the company said that it plans to invest in global growth beyond North America and Europe, where it has attracted major enterprise clients including Italy’s largest bank Intesa Sanpaolo.

Other investors in the series A round include Engineering Capital, Primera Capital, and Shasta Ventures.