Join gaming leaders, alongside GamesBeat and Facebook Gaming, for their 2nd Annual GamesBeat & Facebook Gaming Summit | GamesBeat: Into the Metaverse 2 this upcoming January 25-27, 2022. Learn more about the event.

Toroto-based Enthusiast Gaming, publicly traded on Nasdaq, has acquired Outplayed, the owner of U.GG, which is one of the largest League of Legends fan communities in the world. The firm could pay an additional $12 million under an earnout agreement over two years.

Founded in 2017 by Shinggo Lu and Alan Liang and based in Austin, Texas, U.GG was incubated at Harris Blitzer Sports & Entertainment’s Sixers Innovation Lab, which is part of the Philadelphia NBA basketball Sixers franchise.

“We are excited to join Enthusiast Gaming as we continue building a go-to destination for League of Legends fans” said Lu, CEO at U.GG, in a statement. “Alan and I would like to thank the Sixers Innovation Lab for being an integral part of our success to date. We are ready for the next part of our entrepreneurial journey alongside some of the brightest players in gaming and esports.” 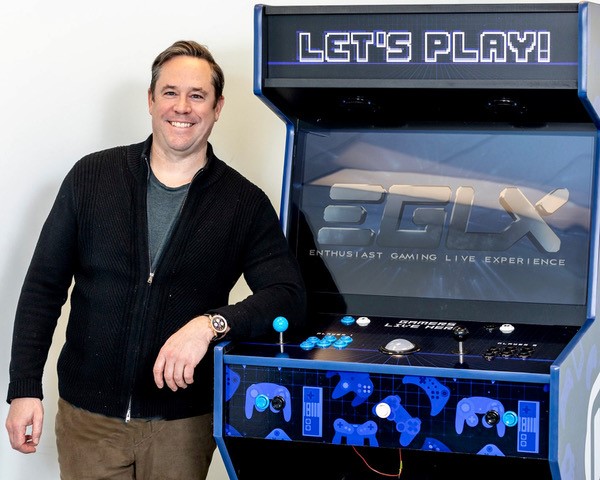 Above: Adrian Montgomery is CEO of Enthuasiast Gaming.

U.GG has grown into one of the largest global services for the world’s most popular esport, League of Legends, which had more than 180 million players in October.

“League of Legends is one of the biggest games in the world, and U.GG is one of the game’s largest fan communities and stats sites,” said Adrian Montgomery, CEO of Enthusiast Gaming, in a statement. “Financially, the acquisition is accretive and integrates very well within our existing business model, adding new media availability and opportunities for our direct sales team, proprietary content, and subscription offerings. Shinggo, Alan, and the U.GG team have built something special, and we are excited to welcome them to the Enthusiast Gaming family.”

U.GG focuses on providing data for smarter insights about fans and gamers. By combining a rigorous data science approach with a proprietary user-centric experience, U.GG provides actionable, data-driven insights supporting, educating, connecting, and engaging its current monthly active user base of 8 million. U.GG is featured on the League of Legends website as a resource for players.

Riot Games’ League of Legends is a free-to-play PC game originally released in 2009 and is the flagship title of developer and publisher Riot Games. The game also attracts a very large spectator audience for its competitive tournaments. The 2021 League of Legends World Championship held earlier this month generated average audience minutes of 30.6 million (up 32%) and peak viewership of 73.8 million people. That latter number is 60% higher than last year, which was the previous record.

“Over the last several years, the Sixers Innovation Lab and U.GG have worked in close partnership to expand U.GG’s reach and develop their industry-leading platform,” said Josh Harris, managing general partner of Harris Blitzer Sports & Entertainment, in a statement. “This marks a promising new chapter in U.GG’s trajectory. Joining Enthusiast Gaming, one of the fastest-growing video game and esports companies in North America, will help accelerate U.GG’s growth, expand its reach, and elevate the fan experience. There is no shortage of innovation happening in esports, and we look forward to seeing how this exciting transaction will continue to push the industry forward and deliver new and exciting experiences to passionate fans around the world.”

The payment was made in $7.5 million in cash, the issuance of 5.2 million common shares, and deferred payments of $8.5 million each over the first two years after the closing date. Earnouts based on financial performance come in two payments totaling $12 million over two years.